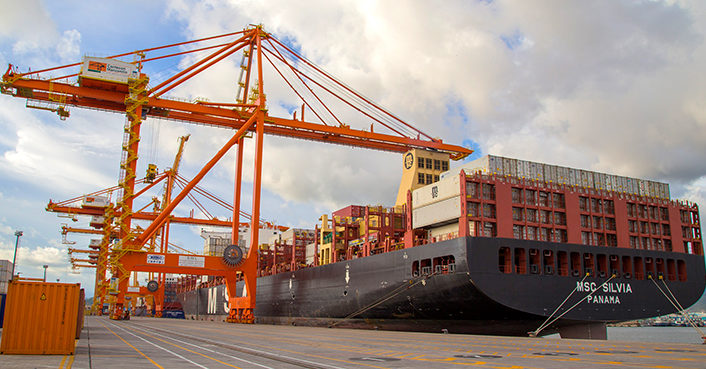 Contecon Manzanillo (CMSA), the Mexican subsidiary of International Container Terminal Services, Inc. (ICTSI) at the Port of Manzanillo, recently achieved its first year-to-date, four-millionth TEU milestone, at a time when the company embarks on expansion works to increase capacity.

More than hitting our targets, this new record demonstrates Contecon Manzanillo’s capability to continuously outpace market growth, and readiness in building a strategic gateway for trans-Pacific trade—making our terminal one of the fastest growing gateways in the Americas,

CMSA’s recent milestone comes at a time of continued investments by ICTSI to expand Mexico’s largest trading gateway in the Pacific and improve fluidity at the port.

The company recently embarked on a MXN2.5-million second phase expansion of the terminal’s yards and entry and exit gates, and investments in cutting-edge technology and training of its personnel.

Complementing these will be two more quay cranes and five yard cranes that are scheduled to arrive by the fourth quarter of 2019.

This places Contecon as the only terminal in Manzanillo fully-equipped to service the largest vessels plying intra-Pacific routes.

In July, it was announced that Mexico is considering to upgrade the Port of Manzanillo with four new terminals.

The Mexican government expects to collect about USD 1.2 billion from public and private entities, in order to fund the expansion project.