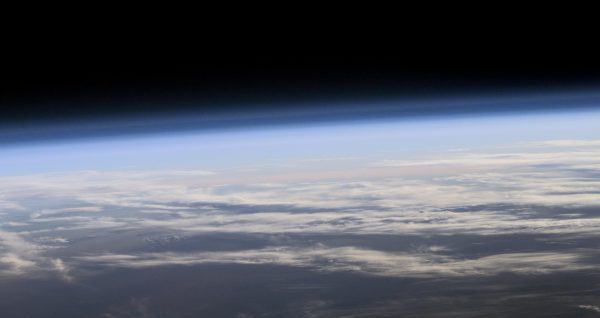 NASA’s Goddard Space Flight Center (GSFC) scientists recently released a study, according to which they have found, for the first time, concrete evidence that the ozone depletion is reducing, something that is attributed to human activity.

In this study, which has been published in the journal Geophysical Research Letters, the researchers used the Microwave Limb Sounder (MLS), which is located onboard the Aura satellite, accurately measuring the chemical composition within the ozone hole.

They concluded that, the chlorine levels within it, which are largely responsible for the creation of the ozone hole, are declining about 0.8% each year. In fact, since 2005, the ozone depletion has decreased 20% in the Antarctic winter.

“We see very clearly that chlorine from CFCs is going down in the ozone hole, and that less ozone depletion is occurring because of it,” Susan Strahan, the study’s lead author and an atmospheric scientist at GSFC, stated.

Chlorine is noticed in a large proportion in the ozone hole and comes from human made chemicals, called chlorofluorocarbons (CFCs), which were banned in 1996.

When the Antarctic hole was discovered back in 1985, many nations took an initiative by signing the Montreal Protocol on Substances that Deplete the Ozone Layer, in order to prevent the ozone problem from increasing.

The Montreal Protocol includes regulations which ban the production of CFCs, something that according to the GSFC’s researchers, has played a significant role in the decrease of the ozone depletion.

This development is encouraging, as a further decrease is expected. However, due to the longevity of CFCs, actions must not stop now, but they have to increase, in order to ensure an even better result, Ms. Strahan adds.

Another pollutant that causes the ozone hole is the so-called hydroclorofluoro­carbon (HCFCs). HCFCs are being heavily used by the shipping industry, for different types of actions within vessels, from air-conditioning to conditioning cargo.

After the Montreal Protocol was signed, it was decided that the most pollutant compounds must be cut down over 80%. As a result, these materials are starting to decrease and more environmentally friendly ones are taking their place.

Nowadays, many vessels are beginning to phase out the use of older compounds which were responsible for the ozone hole and are adopting new techniques and materials, which are expected to be more efficient for the environment.