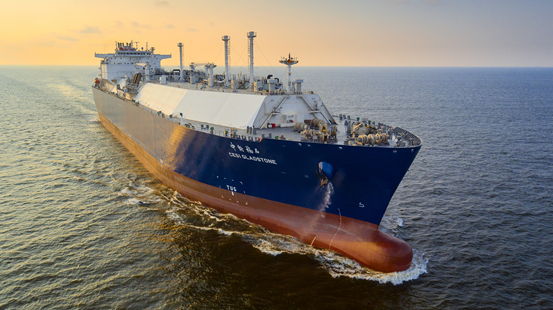 The CESI Tianjin is the fourth vessel to serve the LNG transport project for SINOPEC announced in April 2013, and will sail under a long-term charter contract to transport LNG that SINOPEC will purchase from the Australia Pacific LNG Project.

Currently, a total of six newbuilding LNG carriers are being built at Hudong. The first vessel, the CESI Gladstone was delivered in October 2016, the second, the CESI Qingdao in January 2017, and the third, the CESI Beihai, in June 2017. The remaining two are slated to be delivered by 2018.

The total consideration for the construction of the six ships is approximately USD1.5 billion.

The Australia Pacific LNG project is a joint venture between Origin (37.5%), ConocoPhillips (37.5%) and Sinopec (25%) and includes the development of gas resources in the Surat and Bowen Basins, and a multitrain LNG facility on Curtis Island, Gladstone.

At the naming and delivery ceremony on September 26