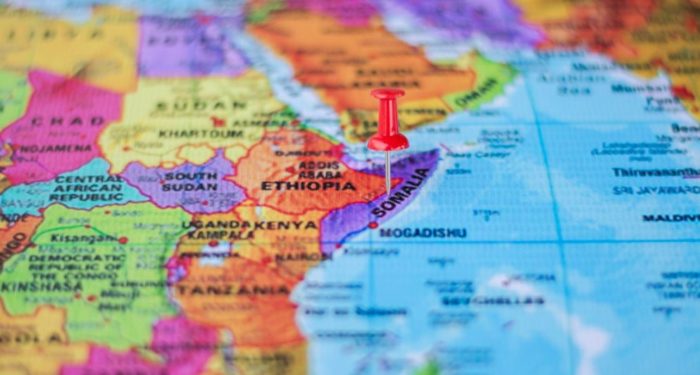 According to BBC’s Anne Soy, foreign navy powers have played a crucial role in handling piracy off Somalia’s coast. Somali territorial waters saw a rise in smuggling, illegal fishing by foreign trawlers, illegal dumping and later piracy. The route through the Indian Ocean past the Somali coast became known as one of the most dangerous sea passages in the world. But 10 years ago, the European Union, Nato and others began to deploy naval forces to the region shortly after the UN Security Council allowed warships to enter Somali territorial waters. Pirate attacks have now all but stopped, after reaching a peak in 2011.

Specifically, Anne Soy contacted a former pirate on the Northern Coast of Somalia, asking why he was attracted in Piracy in the first place. His story was a usual factor on why Somalis turn to piracy. As he and other fishermen lost their trade, they turned to piracy, hijacking ships and passengers for ransom.

Moreover, BBC’s Soy approached an ex-militiamen who fought with warlords during Somalia’s long civil war. When trying to ask him about his days as a pirate, the former militiamen ended the interview sharply.

The interviewer noticed that the person was annoyed by the appearance of  a Spanish Special Forces soldier who had wandered over. Also, security around the beach was extreme, as a helicopter  of the European Union Naval Force, hovered in the sky part.

The presence of the helicopter highlighted the existent situation at the coast, and the reasons why in recent years the foreign powers have dramatically reduced the threat from piracy.

Additionally, in the past, pirates had the chance to wander around in the area, resulting to pirates flooding the market with money, causing the cost of living to rise sharply.

Although armed, they almost never killed anyone. Sometimes, they held sailors hostage, asking for ransom.

Anne Soy spent seven days on the ESPS Castilla, a Spanish naval ship that is part of EUNavfor, to experience the changed situation. On the second day onboard, breakfast was cut short and we were guided to the ship’s bridge. A boat had been spotted in the distance. After researching it, they understood that there was no danger coming from the vessel.

Also, another day, the news published that a freight ship came under attack, 300 nautical miles east of Somalia’s capital, Mogadishu. A small boat, or skiff, got within 50m (164ft) of the ship and fired. But the onboard security returned fire, scaring off the small boat.

However, the lack of an effective central government since the collapse of the Siad Barre regime in 1991, and the subsequent disbandment of the Somali navy, enabled it to happen.