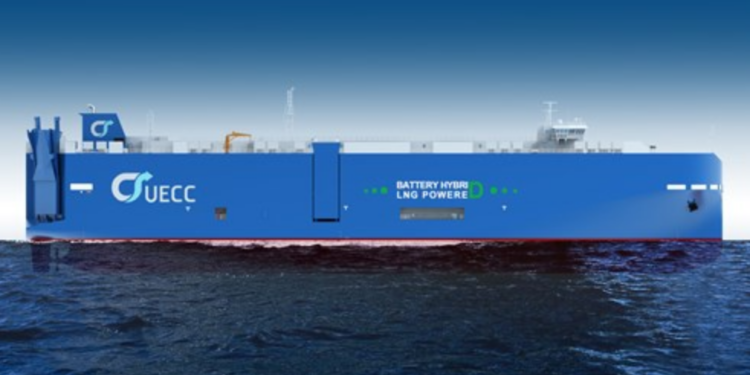 This steel cutting ceremony marks a very special moment of pride, joy and emotion for all personnel at UECC, both on land as well at sea. I have no doubt that this day will be seen as a significant milestone in our UECC’s history by the generation of people which follow.

With the smooth steel-cutting today, Jiangnan Shipyard will also promote its brand power and influence in the PCTC construction market, and UECC will consolidate its leading position in global automobile transportation field.

For the records, the hybrid-powered newbuilds will have 169 meters, a width of 28 meters and a car carrying capacity of 3.600 units on 10 cargo decks, of which 2 decks are hoistable, as they are scheduled to be delivered from 2021.

As the first dual-fuel + battery-powered hybrid ship in the world, the newly started 3600 CEU PCTC can meet the requirements of the full range while truly achieving ultra-low emissions and it is so advanced that its speed, oil consummation and environment protection level has walked at the forefront of the world.