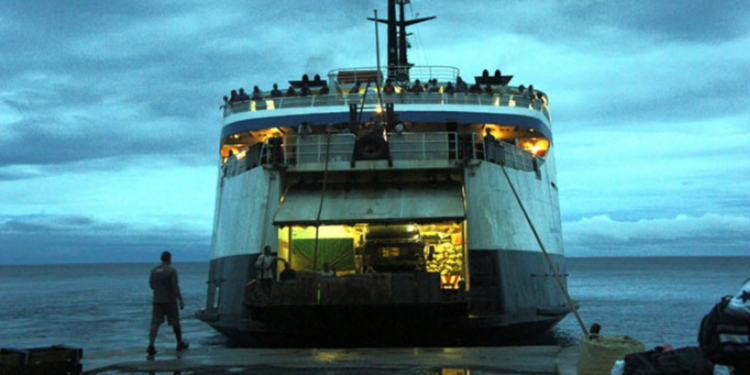 Two Filipino seafarers exploited by one of Fiji’s main ferry operators have made it home thanks to the unstinting efforts of the ITF’s inspectors and others.

As informed, Goundar Shipping misled 21 Filipino seafarers, persuading them to fly more than 7,000km to Fiji with false promises of decent wages and conditions.

The ITF had previously helped five other seafarers get home to the Philippines. Now the last two of those who wanted to be repatriated have made it back. They arrived home in Cebu, in the Philippines on 29 September. They remain in quarantine but have spoken of their ordeal.

“I had to pay for everything,” engineer John Lyod Restauro told the told the Manila Times. Filipino law makes it illegal for manning agencies to charge for medical and other expenses. Consistent with the Maritime Labour Convention, Filipino law also stipulates that agencies or the employers they work for should fund the airfares needed by seafarers joining and then completing contracts.

“The agency also asked me and the other crew to sign a contract that is different from the one issued by POEA,” said Restauro speaking of the Philippines Overseas Employment Administration – which regulates the manning agencies who place thousands of Filipino seafarers aborad and on vessels.

“This one lowered our wages to almost half the stipulated salary. It also stated conditions that we do not agree with but we were forced to sign anyway because the contract was given just before our flight.”

Because of the Goundar case and other recent incidents where Able Maritime’s conduct raises serious concerns for the ITF, the Inspectorate is set to officially warn seafarers against using the agency in coming weeks, if not days. That’s unless suitable changes are swiftly made.

In the Goundar saga which the ITF brought to worldwide attention to, 21 Filipino seafarers were left working for the controversial Fijian company months beyond what they wanted to and unable to afford flights home.

Contrary to Fijian law, Goundar’s representatives seized the workers’ passports and other documents and withheld some of the meagre wages the company had agreed to pay, so that the seafarers had no way to leave. These are internationally-accepted indicators of human trafficking. When some of the seafarers contacted unions trying to get help out of their situation, they were instantly fired – being left homeless and penniless, forced to sleep on docks before making their own way back to Fiji’s capital and into the welfare support of the ITF and local well-wishers.

Since then, the ITF has helped several of the affected seafarers employed by Goundar Shipping to return home to the Philippines. The final two have had air tickets since June, but transport problems related to Covid-19 means they have only recently been able to fly. This extended their ordeal to nearly two years.

“We should put an end to this,” Restauro said, pointing out that he has been unemployed and unable to pay his way home since Goundar sacked him and other seafarers earlier this year. “A lot of seafarers have suffered and they cannot continue doing this to us. This is traumatic for us who simply wanted to work.”

Maritime workers are the lifeblood of Pacific economies like Fiji. They bring home billions of dollars in wages to seafaring nations like the Philippines. It’s not too much to ask that seafarers are protected from exploitation, and afforded justice when they’ve been wronged. They should be treated with the respect they deserve.