by The Editorial Team
in Opinions, Safety 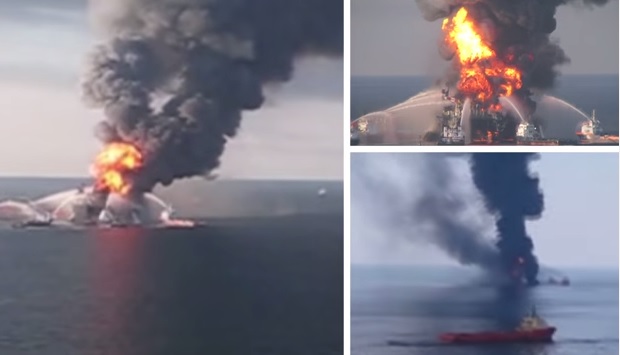 Evacuation from offshore installation could be happen due to various reasons such as gas leak, fire and explosion, below out, structural failure, adverse  weather conditions such as hurricane or even very rare conditions such as potable water contamination or drifting of unmanned barge in the sea3,1,4&5.

The Ocean Ranger and Piper Alpha marine disasters initiated extensive inquiries, into the adequacy of marine Evacuation, Escape and Rescue (EER) systems. In fact they were key drivers in the development of performance standards for the EER process6,7&8. Following Piper Alpha incident, the Lord Cullen report, indicate, 52 out of 106 recommendations were related to Evacuation, Escape and Rescue (EER)9.

Inadequacy of training of  personnel, unfamiliarity of personnel with the layout of the platform, lack of proper emergency drills , inappropriate evacuation and escape routes and unsuitability of emergency response & rescue vessel are just some of the typical examples of the ERR shortfalls in Piper Alpha incident. It has been argued that insufficient evacuation procedure  may have contributed to high death toll in Piper Alpha incident10,11,12&13. Evacuation, Escape and Rescue operations played fundamental role in safeguarding crewmembers’ lives in Deepwater Horizon rig incident

Even though some critical failures have been identified during Evacuation, Escape and Rescue operations in Deepwater Horizon rig but some fortunate circumstances such as good weather conditions and efforts of supply vessel assisted 115 of 126 onboard personnel to be evacuated or rescued from fire engulfed platform where 11 fatalities occurred prior to evacuation stage22&29.

Some fatal incidents like Usumacinta disaster were 22 workers died during evacuation by lifeboat, indicated more works need to be performed to mitigate risk during Evacuation, Escape and Rescue operations23&29. A more recent offshore incident on December 2015 that happened in Azerbaijan owned platform in Caspian sea, reignited offshore evacuation topic again where 27 workers perished to death as they could not evacuate the blazing platform due to stormy weather conditions.

Preferred means of evacuation from offshore installation is helicopter as it has been considered as a safest method of evacuation and mostly has been used for planned and precautionary evacuations. However, limited capacity of helicopter, time delays in response to emergency, vulnerability to installation hazards and weather limitations have been considered as drawbacks of evacuation by helicopter14&15. Therefore in certain emergency situations such as fire and explosion using such method is not practicable and lifeboats will be sued as second evacuation means16. Using crane and related passenger capsule or bridge link between jacket and installation, have been seen as other alternatives in evacuation methodologies2&17.

Chances of successful evacuation by lifeboats varied significantly with the weather conditions. Literature review indicate that in adverse weather conditions there is high risk of smashing of lifeboat to structure of installation or lifeboat swept back into the platform structure before headway is achieved3,1&20.

Following fire due to rupture of subsea gas pipeline, in Guneshil platform in Caspian sea, majority of personnel went inside of the designated lifeboats according to company evacuation procedure, however crew were unable to lower the lifeboats to sea as they afraid in such weather conditions where wind speed is more than 144km per hour and wave height was reached to more than 9 meters, there was high likelihood of smashing of fiberglass lifeboats to the structure of platform or it could be capsized in rough sea.

Therefore to avoid the blazing fire on platform, the lifeboats were hanged at a certain height on the platform and waited for rescue operation by other parties. However, the fire on platform and the high waves on the sea did not allow the rescue vessels to approach the platform and perform rescue operation. Eventually due to high wave force, one of the lifeboats hook was released and lifeboats fell into sea and coiled with platform substructure18&21. In such weather conditions, the nearby vessels could  rescue 3 personnel and other remaining cracked lifeboat passengers perished to death. The passengers of second  hanged lifeboat were rescued when weather became stable on following day. It is obvious in such weather conditions there was limited chance of survival if crew attempted to escape from blazing platform either by jumping into the sea or using platform life rafts.

Based on official information, on that day of Guneshil incident, wind force was reached 38-40 m/s, and the height of waves in the sea was 9-10 meters. This means that the force of the wind reached 144 km/h and on the international scale Bofarta in the Caspian Sea was a hurricane18&19. Unfortunately planned evacuation and other measures were not performed on Guneshil platform, assuming that all oil and gas operators in region would have access to metrological forecast in earlier days and could be able to predict weather pattern very accurately and had much time for preparation to mitigate the risks.

Escape defined as leaving of offshore installation when evacuation system has failed and mostly involve entering the sea directly2. Decision about either installation need to be evacuated or personnel should choose escape option is entirely depends on nature of incident. When arrangements for safe evacuation fails, proper arrangements should be in place to escape from installation. This includes installation of adequate number of life rafts, means of descending such as scramble net, ropes, escape chute and ladders. However escape devices may cause people to enter the sea with little or no protection and likelihood of survival is lower than evacuation method22&2.

Rescue defined as process of recovering a person following evacuation and escape from installation and taking to place of safety2. Rescue from the sea is performed either by using Fast Rescue Craft or helicopter. Even though helicopter could perform rescue operation in high wind speed but locating of personnel make it difficult in high waves and winching time would increase when wave heights increase1. Previous trials has shown winching operation is impossible if wave heights is greater than 2 meters8. Rescue by Fast Rescue Craft is more weather sensitive as launch and recovery of Fast rescue Crafts is highly depends on wave height. Literature shows in wave height 3.5 meters and wind speed 25 m/s,the rescue vessels could not launch their Fast Rescue Crafts for rescue and recovery purposes due to the inherent risk to their crew24&25.

As training has fundamental role in success of  Evacuation, Escape and Rescue operations it has raised some concerns about the suitability of training for offshore oil and gas installation personnel.  For instance, most of lifeboat coxswains in offshore installations are very unlikely to have any marine qualifications or even marine background. Thus, 29 hours training by OPITO approved training provider is only a starting point and the course must be supplemented by constant training and exercises26.

In fact, training events held onshore, are only a small part of competence development in emergency response role. They cannot replace the need for regular offshore practices and assessment through focused drill, exercise and scenarios. Training providers also admitted that such shore-based activities do not accurately stimulate the real events but are useful to teach the procedures involved24.

Equipment and installation design roles in success of Evacuation, Escape and Rescue operations

Poor or faulty equipment has lead to numerous incidents during Evacuation, Escape and Rescue operations. Nowadays regulators has onerous approach to installation equipment and its design to ensure evacuation and escape and rescue equipment doesn’t lead to further incidents. For instance, some regulators requires operating companies and contractors to evaluate the suitability of their lifeboats for evacuation in adverse weather conditions where duty holders should perform Escape, Evacuation, Rescue Analysis to demonstrate the adequacy of their arrangements for such conditions27. In-addition to this, analysis of Evacuation, Escape and Rescue should be integral part of the installation safety case as well3. In overall, the success of EER from offshore installation depends on factors such proper risk assessment and defined control measures, appropriate design of installation such as escape routes and muster area, emergency equipment performance such as lifeboats, firefighting equipment and finally actions of related personnel in emergency situations28.

Escape, Evacuation and Rescue operations involve so many risks therefore advance preparations is crucial. Weather conditions play one the vital roles in the success of Escape, Evacuation and Rescue operations and adverse weather condition will enhance the associated risks. Onshore based training is only small part of competence development for those who have fundamental roles during emergency situations and should be complemented with regular offshore drills and assessment. Asset integrity is critical during Evacuation, Escape and Rescue (EER) operations and previous incidents during (EER) while equipment asset integrity was compromised, accentuate the importance of such issue. Using well developed and maintained equipment has significant effect in the outcome of Evacuation, Escape and Rescue operations.

3.Wallas , G. (1993) The Assessment of Evacuation, Escape and Rescue Provisions on offshore installations.

14. GINN, M. (1991) The Use of Helicopters in the Evacuation of Offshore Platforms in the North Sea,
https://www.onepetro.org/conference-paper/SPE-23285-MS

15. Rfelex marine (2008 ) The Role of Crane Transfer in Emergency Evacuation

19. Contact (2015) Fire in SOCAR: One time is an incident, but three times is not coincidence

28. Health and Safety Executive (1995) A methodology in hazard identification on EER assessment,