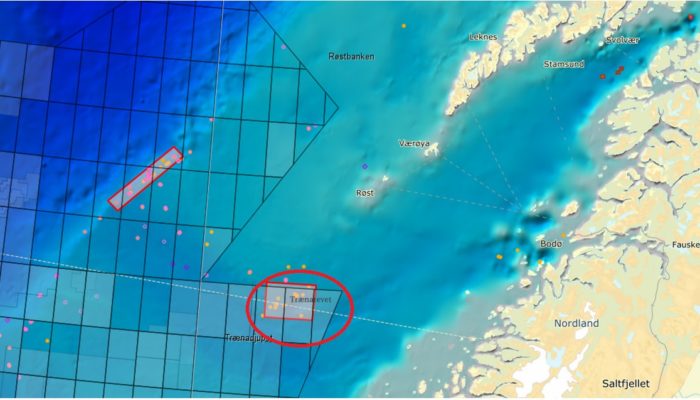 Oslo-based environmental NGO Bellona and NGO Nature and Youth are going out hard against the plans of German oil and gas player Wintershall DEA for exploration drilling at Trænarevet, outside Lofoten, in the Norwegian Sea.

In July, the German oil company Wintershall DEA got a green light from the environmental agency to begin drilling at the exploration well “Toutatis”, a block in the Norwegian Sea outside the coast of Nordland, 83 km south of Røst and 50 km north of Træna.

Last week, the Bellona leader Frederic Hauge met with the Norwegian Ministry of Climate and Environment to discuss the issue, hoping to grant suspensory effect and delay the decision on the start-date of the drilling operation which is set in late October or early November.

According to Nature and Youth, the Institute of Marine Research, the Coastal Fisheries Team, the Seafood companies and the Lofoten Council have all expressed concerns over the drilling.

The well will be drilled by the West Hercules mobile drilling facility.