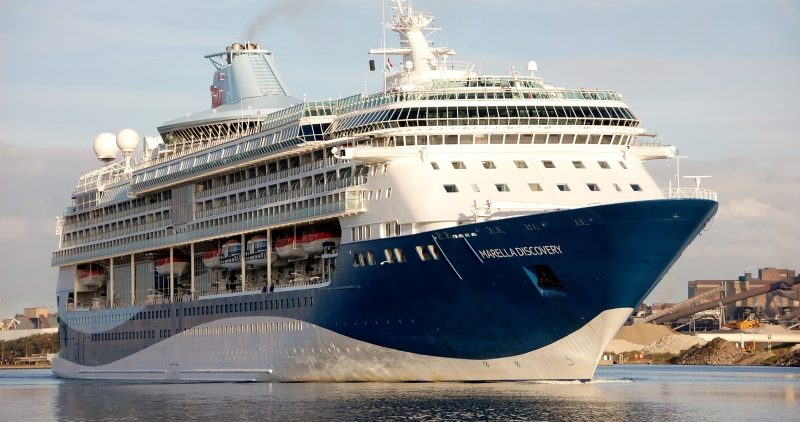 The  Maltese-flagged cruise ship 'Marella Discovery' picked up a total of 111 people, including 33 children, from a migrant boat while sailing off Greece's Peloponnese peninsula, in the early morning hours of Sunday, the Hellenic Coastguard informed.

The migrants' boat was found in distress on Saturday evening, about 74 kilometers (40 nautical miles) off Greece's Peloponnese peninsula.

The coast guard did not say which countries the migrants were from or where their boat departed.

The rescued people were taken to the Greek Port of Kalamata and the two vessel operators were arrested.

A total of 668 people have lost their lives this year so far, attempting to cross the Mediterranean Sea for a better life in Europe, according to data provided by the UN High Commissioner for Refugees.

Meanwhile, Médecins Sans Frontières (MSF) announced on Sunday that it is to resume search and rescue operations in the Central Mediterranean along with SOS Mediterranee.

The return to sea comes after a sustained two-year campaign by EU governments to stop humanitarian action at sea.

Politicians would have you believe that the deaths of hundreds of people at sea, and the suffering of thousands of refugees and migrants trapped in Libya, are the acceptable price of attempts to control migration. The cold reality is that while they herald the end of the so-called European migration crisis, they are knowingly turning a blind eye to the humanitarian crisis these policies perpetuate in Libya and at sea. These deaths and suffering are preventable, and as long as it continues, we refuse to sit idle,

...said Sam Turner, MSF Head of Mission for Search and Rescue and Libya.

In partnership with SOS Mediterranee, the new ship Ocean Viking will sail to the Central Mediterranean Sea at the end of the month, MSF said.