CIC results 2017 on safety of navigation in Black Sea MoU

From 1st September 2017 to 30th November 2017, the Black Sea MoU, in conjunction with the Tokyo MoU and Paris MoU and other MoUs, carried out a Concentrated Inspection Campaign (CIC) on Safety of Navigation throughout the region. From a total of 983 inspections, 59 ships were detained with 21 (35.6%) detentions being within the CIC scope.

This means that in 21 cases the navigation systems are not meeting SOLAS requirements and had deficiencies, which were serious enough to detain the ship, resulting in a CIC-topic related detention rate of 2.14%. 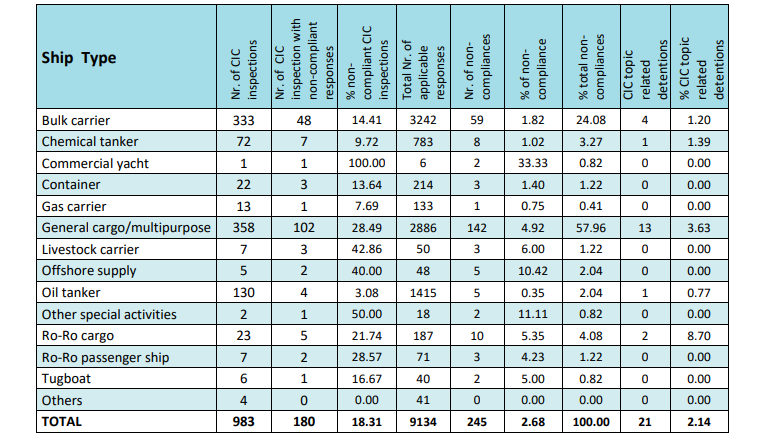 The campaign was conducted under the campaign coordination of the Bulgarian Maritime Administration.