On 23 April, Canada and Turkey both ratified the 2010 HNS Protocol, joining Norway as the first three States to lead the way towards entry into force of the 2010 International Convention on Liability and Compensation for Damage in Connection with the Carriage of Hazardous and Noxious Substances by Sea (HNS Convention).

Deputy High Commissioner of Canada to the UK, Sarah Fountain Smith, handed Canada’s instrument of ratification of the 2010 HNS Protocol to IMO Secretary-General Kitack Lim, at the IMO headquarters. 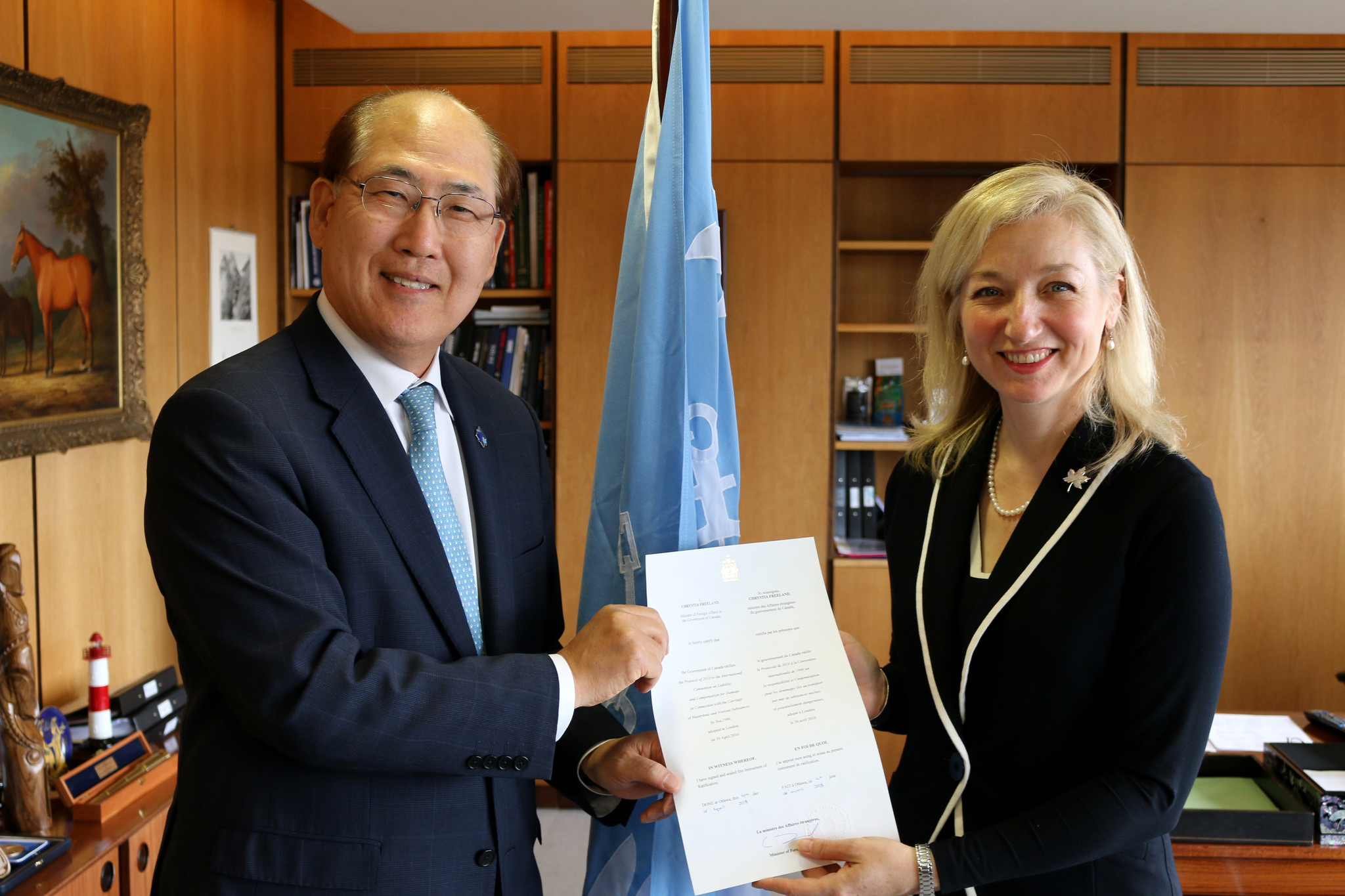 Abdurrahman Bilgiç, Ambassador of the Republic of Turkey to the UK, deposited Turkey’s instrument of ratification during the opening of the 105th session of the IMO Legal Committee (23-25 April). IMO noted:

With 25.4 million tonnes of HNS contributing cargo reported, this ratification brings a significant proportion (over 60%) of the amount required to trigger the entry into force of the Convention. 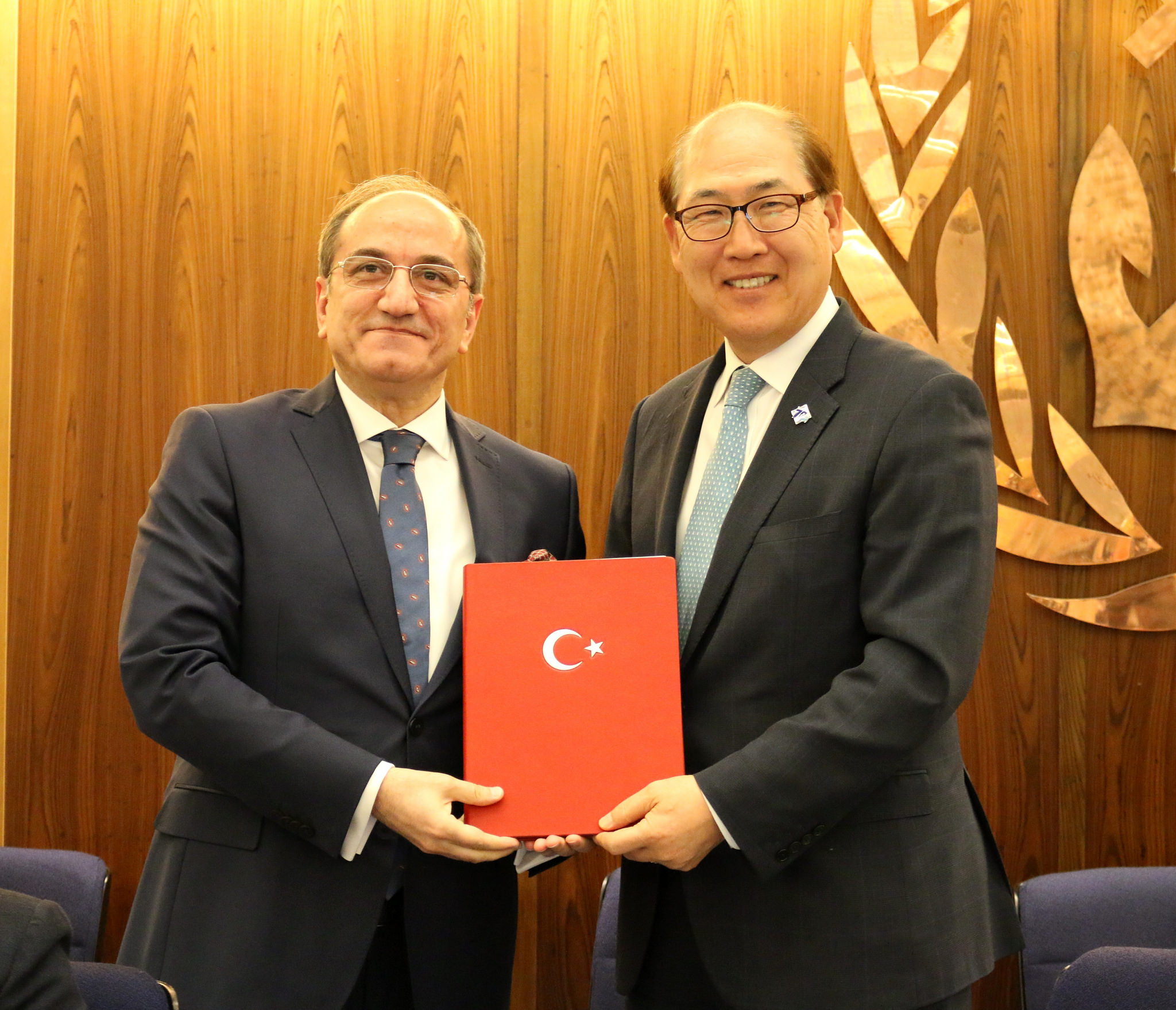 Although eight States (Canada, Denmark, France, Germany, Greece, the Netherlands, Norway and Turkey) signed the 2010 HNS Protocol, subject to ratification, only Norway, Canada and Turkey are the three States to have ratified the Protocol so far.

There has, however, been significant progress reported by a number of other States in recent months and it is hoped that a number of those States will ratify in the near future.

At the time of Norway’s ratification on 21 April 2017, Secretary-General of IMO, Mr Kitack Lim, had encouraged other States to follow suit:

The HNS Convention is the last piece in the puzzle needed to ensure that those who have suffered damage caused by HNS cargoes carried on board ships have access to a comprehensive and international liability and compensation regime. The number of ships carrying HNS cargoes is growing steadily with more than 200 million tonnes of chemicals traded annually by tankers and we have to recognize that accidents can and do happen. I urge all States to follow the example set by Norway and consider acceding to the HNS 2010 treaty as soon as possible, in order to bring it into force.

The Director of the IOPC Funds has been given the role of carrying out the tasks necessary to set up the International Hazardous and Noxious Substances Fund (HNS Fund) and making preparations for the first session of the HNS Assembly.

The 1992 Fund Secretariat undertakes a number of administrative tasks in cooperation with IMO in relation to the preparations for the entry into force of the Convention. It also remains available to support States in their efforts to prepare for ratification or accession to the HNS Convention and industry stakeholders on technical issues.

HNS Convention aims to ensure adequate, prompt and effective compensation for damage to persons and property, costs of clean up and reinstatement measures and economic losses resulting from the maritime transport of hazardous and noxious substances.

The following types of damage will be covered:

How much compensation will be available?