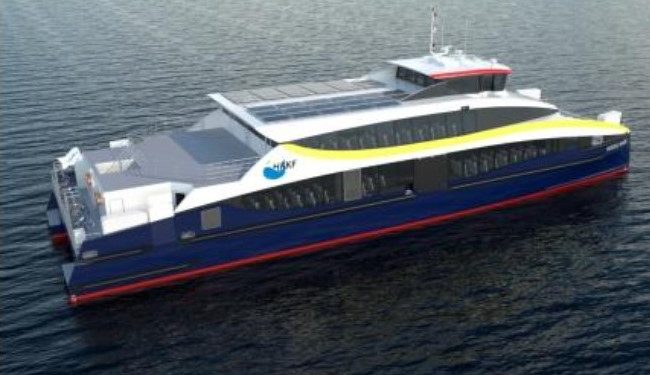 This new generation of vessels will be built under the Hong Kong Government Vessel Subsidy Scheme (VSS) to replace the existing ferries, upgrading safety and environmental standards including ensuring compliance with the safety standard High-Speed Craft Code 2000.

Marine diesel engines compliant with IMO Tier III requirements will be fitted as the main propulsion system. In addition, two of the nine vessels will be propelled by diesel electric hybrid propulsion systems as part of trial program led by Hong Kong’s Environmental Protection Department. This will enable these ferries to operate in zero-emission mode as an option during manoeuvring and berthing.

All nine of the ferries will be fitted with approximately 102 m2 solar panels and battery systems to capture solar energy for on board electricity consumption.

The hybrid vessels will also be fitted with air-cooled Lithium-ion modular battery systems as an alternative propulsion system. The vessels are expected to be delivered between the end of 2023 and early 2025.