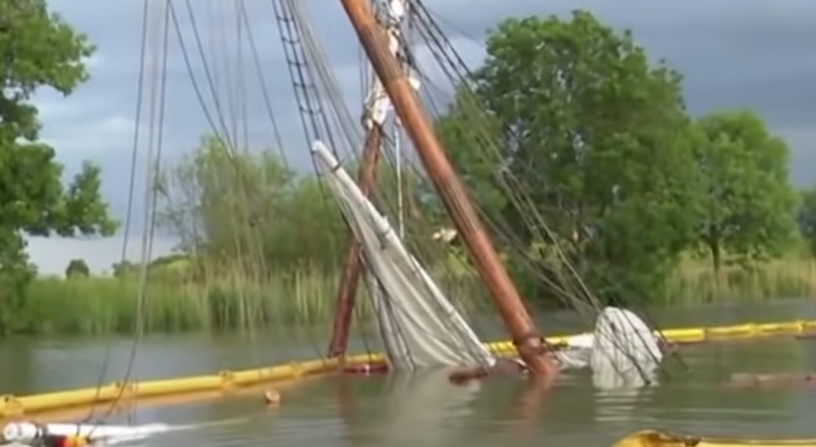 Video snap from the salvage efforts of No. 5 Elbe

Germany's Federal Bureau of Maritime Casualty Investigation (BSU) drew operators attention in a recent collision incident involving a container ship and a fishing vessel on the river Elbe off Stadersand earlier in 2019.

The German schooner 'No. 5 Elbe', built in the 19th century, collided with the Cyprus-flagged 141-meter-long container ship 'Astrosprinter', about 30 kilometers (18 miles) west of Hamburg on 8 June 2019.

A total of 28 passengers and 15 crew were onboard the schooner at the time of the incident.

The vessel managed to reach the Schwinge estuary without assistance, but sank near the pier shortly after.

There were no fatalities as rescue forces were already near the scene. Eight were injured.

Following investigation, the BSU identified a need of urgent action in order to enhance the watertight integrity of traditional vessels carrying more than 12 passengers. A such, it recommends: 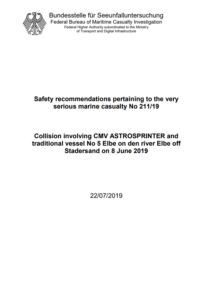