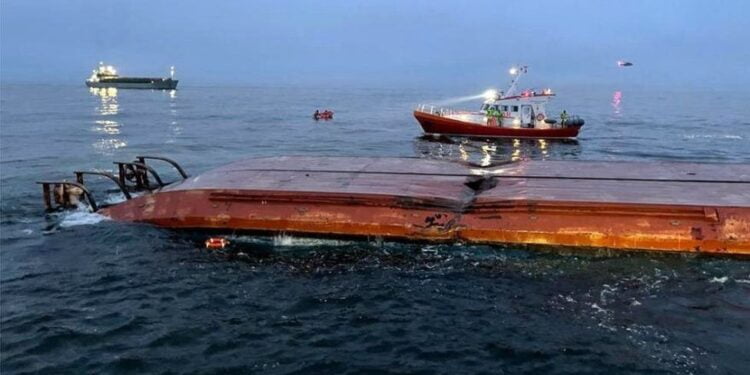 A British crew member of the ship Scot Carrier has been charged with manslaughter in a ship collision in December last year in the Baltic Sea that killed two Danish seafarers, according to the Danish police.

The 30-year old British man was on duty when the 55-meter (180 ft) barge Karin Hoj was in collision with the 90-metre (295 ft) Scot Carrier in fog and darkness off the Danish island of Bornholm. Two crew members on board Karin Hoj died as a result of the collision.

The suspect was charged with manslaughter, maritime drunkenness and negligence in maritime traffic, Danish police said.

According to Reuters, the court case is due to begin in the Copenhagen City Court on June 16 with a ruling expected on June 23.

In December 2021, a Swedish court ordered a British crew member of the ship to be remanded in custody. The court detained him on suspicion of causing death through negligence, maritime drunkenness, and negligence in maritime traffic.

On the other hand, Swedish prosecutors released the chief officer of the Scot Carrier, after being detained for his role in the deadly collision with the Danish barge Karin Høj.

To remind, Inverness-registered ship called Scot Carrier collided with Danish boat Karin Hoej in the Baltic Sea off the Swedish coast. A distress call was made at about 3.30am local time (02:30 GMT) on Monday after the boats crashed at sea.