BOGA: New alliance to seek an end to oil and gas production 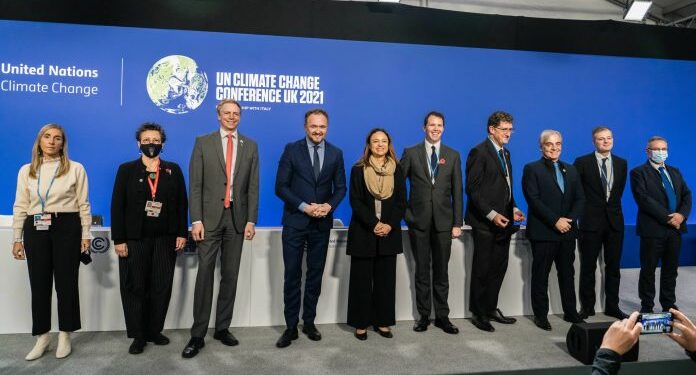 Denmark and Costa Rica launched the Beyond Oil & Gas Alliance (BOGA), which will seek to deliver a managed and just transition away from oil and gas production.

The alliance which was presented at COP26 also includes Sweden and Greenland from the Nordic countries, as well as France, Ireland, Quebec, and Wales as core members.

Science has made it clear – the fossil era needs to come to an end. This is why Denmark has set an end date for oil and gas production. And why we are building this alliance of countries willing to step up to the plate. BOGA will help to spur momentum for countries to phase out their production of oil and gas while creating a clean energy economy.

As informed, BOGA is a first-of-its-kind alliance of governments determined to set an end date for their oil and gas exploration and extraction and curtail new licensing or undertake other significant measures that contribute to the joint goal of aligning oil and gas production with the objectives of the Paris Agreement.

Co-chaired by Costa Rica and Denmark, BOGA will leverage momentum from first-movers and create an international community of practice that can support governments in delivering their commitment to a managed phase-out of oil and gas production.

In addition to the core members; California, New Zealand and Portugal are associate members. Italy joined as a “friend” of BOGA.

The founding members all signed up to the BOGA Declaration pledging to support a socially just and equitable global transition to align oil and gas production with the objectives of the Paris.

The use of fossil fuels must be a parenthesis in history. This is a clear step forward, showing that renewable is the future. We can’t continue to extract oil and gas during a rampant climate crisis, and therefore I am proud that Sweden today joins BOGA.

…said Per Bolund, Minister of the Environment and Climate of Sweden.

In addition to nation states regions such as Greenland and Quebec are core members of the alliance and California an associate member.

“Climate changes are happening in our back yard and the changes are tangible. For Greenland, the BOGA initiative is a strong signal about prioritizing renewable energy instead of continuing with energy sources we know is creating the problem” ….said Kalistat Lund, Minister for Agriculture, Self-Sufficiency, Energy and Environment of the Government of Greenland.

Concluding, associate members  will have taken significant concrete steps that contribute to the reduction of oil and gas production, for example subsidy reform or an end to international public financial support for oil and gas exploration and production abroad.