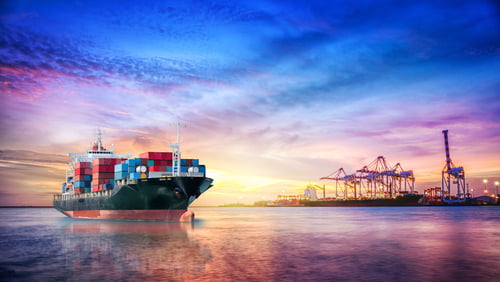 The Baltic Exchange has issued its reports for the last week, 30 Apr – 6 May, to provide information about the tanker and bulk market performance.

The Capesize market has made the most of the short working week as rates have lifted strongly, with the 5TC now residing at $24,002 – up $6262 week on week. The positive market sentiment was largely Pacific led yet that didn’t stop the Atlantic Basin and ballaster trades from getting in on the act, as all regions posted big gains. Cargo levels in the north Atlantic are heard to be poor yet a wide range of rate levels have been mentioned as the market struggles for visibility in the region as usual.

The Transatlantic C8 now sits discounted at $17,200 to the Ballaster C14 at $22,018, while the Transpacific commands a premium at $27,754. A big mover and the focus of much market attention is the Backhaul C16 at $18,475, currently pricing above the Transatlantic C8. Coal flows continue to be strong, boosting this feeder route into Europe largely due to the current geopolitical situation. The Capesize market flow remains anything but normal currently as premium and discount routes appear to be swinging and unstable.

A midweek physical and FFA surge gave the Panamax market some much needed impetus following a few fragmented weeks owing to holidays. Improved demand from the Americas proved to be a key catalyst to gains in most markets this week as EC South America grain impacted the gains seen both for tonnage open ex Mediterranean and Southeast Asia.

In the North Atlantic there was reports of an 82,000-dwt delivery UK achieving $31,000 for two laden legs within the Atlantic with spot TA rates, essentially with optionality, hovering slightly lower with support found. The pick of the fronthaul trips appeared to be rumours of an 82,000-dwt delivery Sunda Strait via EC South America to Far east at $33,500. Asia, which was impacted by holidays, returned something of a two-tier market, with much of the Indonesian coal trips discounted somewhat by the smaller/older tonnage. The longer trips hovered around the $23,000 mark via NoPac and Australia.

With many holidays over the last week, the sector had a rather lacklustre feel with limited fresh enquiry in a few areas. In the Atlantic brokers said the US Gulf remained fairly strong and some said there was an increase in demand from the Continent/Mediterranean regions. The Asian arena remained relatively flat.

In a week full of holidays and limited visible trading the BHSI retained a positive trend in both basins. The biggest moves came in East Coast South America with a 37,000-dwt fixing from Vitoria to the Continent with an intended cargo of pig iron at $40,000 and a 38,000-dwt fixing from Santos to the United Kingdom with an intended cargo of Sugar at $42,000.