Commander Graham Hockley is Chairman of the Maritime Charities Group which fosters collaboration across the maritime charity sector. It brings together 10 major maritime welfare charities to share information, commission research, support the education and welfare of seafarers and their families, and promote best practice within the sector.

Graham was appointed to the role in April 2019 and has led the MCG through one of the most challenging times in the history of the sector. The Covid-19 pandemic has brought out the very best in the sector, with charities working together in innovative and effective ways. And MCG has played an important role in that.

At the time of his appointment as MCG Chairman, Graham was the Secretary to Trinity House, a role he took on in 2009, where he headed the Secretariat, managed its charities and looked after its maritime Fraternity. Graham retired from Trinity House in November 2019.

Prior to this he was a Director of the Institute of Marine Engineering Science and Technology (IMarEST) responsible for Technical and Professional Affairs and Membership Services for the 15,000 members. However, his career began in the Royal Navy serving from 1973 to 2001 as an engineer officer in a variety of ships, training establishments, procurement roles and the Ministry of Defence. 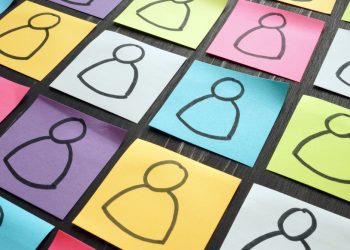 Commander Graham Hockley, Chairman of the Maritime Charities Group (MCG) highlights that with regards to EDI issues (Equality, Diversity, Inclusive), the maritime industry is lagging behind. In this context, a new mindset is needed; industry stakeholders should not regard EDI as another box-ticking exercise while robust strategies and policies will assist in ensuring equal opportunities for all.