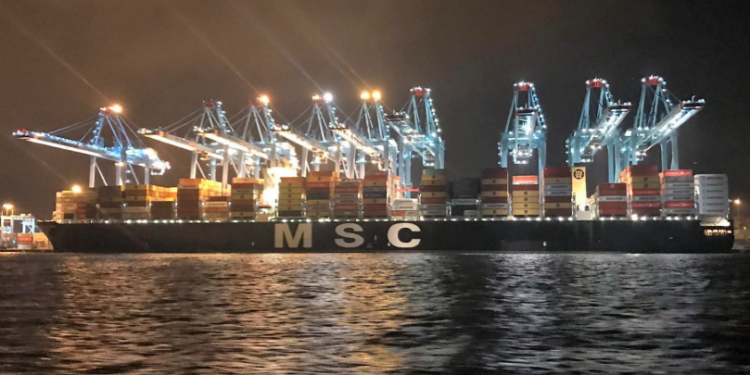 APM Terminals announced a new Port Moves Per Hour (PMPH) record for a vessel berthed at Juan Carlos I berth, Algeciras terminal, in South Spain, after 187,82  PMPH were registered on the Panamanian-flagged container ship MSC Kalina, on Monday, 25 March.

The Operations Department of the largest terminal in the Mediterranean confirmed that this is the best result since MSC Ditte called in September 2017. Back then, the vessel registered 183,64 PMPH.

Nine cranes worked on the vessel, which is a milestone in the terminal’s history, APM noted.

How can Europe’s ports achieve greening and digital transition

This vessel runs on the AE6 service, arriving from Suez on its way to Antwerp.

A total of 5,014 TEUs were loaded and discharged during the 17 hour port call in Algeciras.