An overview of Greater China’s regulatory regime for shipping 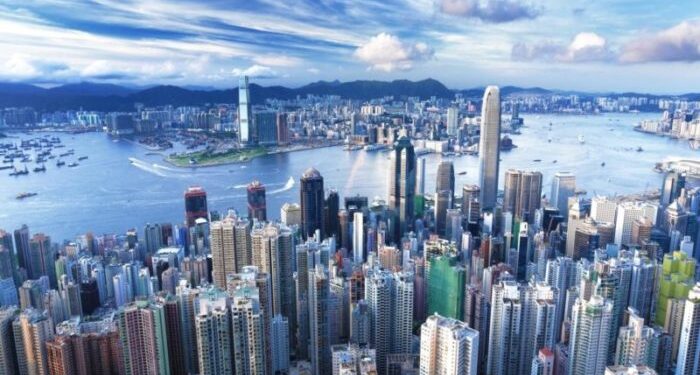 The American P&I Club issued a summarized overview of key regulations of which shipowners should be aware when trading to and from China, Hong Kong and Taiwan. The issues presented vary from maritime safety and security to marine environmental protection, and are unique to locations in Greater China.

It specifies ECAs for PRC coastal regions. In the ECAs, to reduce the emission of sulfur oxides, nitrogen oxides (NOs) and particulate matter into the air, ships are required to use designated low fuel with no more than designated amounts as specified by the PRC’s designated Maritime Safety Administration’s jurisdictions or take alternative measures to the equivalent effect.

Regulations of the PRC on the Prevention and Control of Marine Pollution from Ships: Pollution clean-up contract

This requirement applies to owners/operators must enter into a pollution clean-up contract with a Maritime Safety Agency (MSA) approved ship pollution response company (SPRO) before the ship enters a PRC port if the vessel meets the following criteria:

These requirements do not apply to Hong Kong, Macau or inland waterways in China PRC except the seaports of Nantong.

The China Certification and Inspection Group is the only certified agent to provide “non AGM onboard certificates”. Members should correspond with their agents to acquire the required certificate.

As of 13 December 2016, sludge and garbage disposal are no longer mandatory for ocean going vessels before they leave port, including all ports within the Bohai area.

As of 31 December 2017, the PRC has issued stricter regulations to prevent and control pollution, including greater control on the importation of solid waste.

As of 1 July 2018, the PRC has issued new “Discharge Standards” for the discharge of water pollutants from ships. The Discharge Standard applies to all ships (excluding military ships) in territory waters and waters under the jurisdiction of the PRC.

The Zika virus is transmitted in tropical regions to people through the bite of an infected Aedes mosquito. This virus has been linked to cases of babies born with neurodevelopmental disorders resulting in reduced head circumference and GuillainBarré syndrome, a rapid onset of muscle weakness because of damage to the peripheral nervous system.

The operator of a vessel, or her agents, shall submit an application of vessel calling at a Chinese port and report required information to local marine security authority 7 days before arrival or from departing another Chinese port. Vessels must depart the Chinese port within 24 hours after received clearance. NOAD details can be arranged through the vessel’s local agent.

As of 1 May 2017, new special security inspection requirements are in effect for vessels that are non-PRC flagged.

Reporting of an increased number of vessels have been reporting incidents of theft in the port of Tianjin.

Vessels carrying DGs to, through, or out of Chinese ports shall report to local maritime security authority 3 days before arrival/loading. This must include a DG cargo manifest listing of the DG commodity name, nature of cargo, quantity of cargo and cargo stowage plan. These declarations for carriage of DG cargoes can be made through the vessel’s agent.

Vessels entering or exiting port, or shifting locations within the port, are required to do so with the assistance of a pilot to be assigned by the port superintendence administration. Pilotage arrangements can be scheduled through the vessel’s agent.

Ocean going vessels of 500 GT or greater must burn ‘compliant fuel’ that meets any of the following requirements while at berth in Hong Kong:

Pilotage is compulsory in Hong Kong and all vessels over 3,000 gross tons (GT) must have a pilot onboard when navigating in the port. Vessels over 1,000 GT which are carrying dangerous goods are also required to carry a pilot. The pilotage service is available 24 hours a day.

Typhoons and ships at berth

In the event of typhoons, vessels must leave the berths at the port.

As of 1 February 2018, the Taiwan’s Ministry of Transportation and Communications will subsidize vessels with compliant fuel. The subsidy equivalent to approximately US$ 172 will apply to vessels entering Kaohsiung ports between 1 February 2018 and 31 December 2018 unless the available funding runs out before then.

Between the Taiwan Area and the Mainland Area Taiwanese regulations prohibit ships from trading navigating directly between ports in Taiwan and Chinese mainland areas. Fines between TW$ 3 to 15 million will be levied to the shipowners for any violation to this regulation. If shipowners have any doubt relating to direct sailing regulation, they should check with their agents.

Further details and attached advisories may be found herebelow: