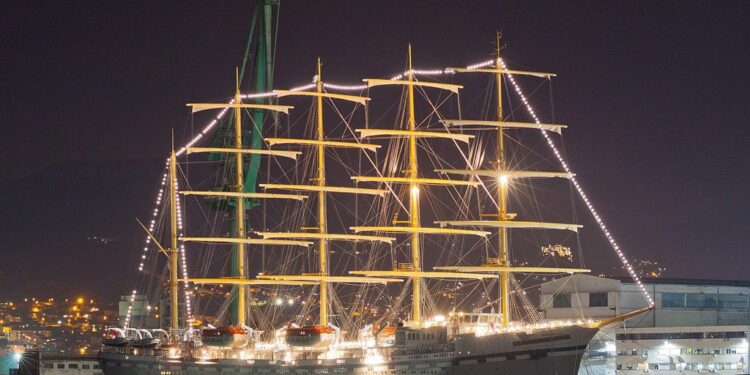 The world’s largest sailing ship was detained at the Port of Dover in the UK, shortly before the ship was due to begin its maiden voyage.

Croatian media reports that the UK Admiralty court ordered the ship detailed at the Port of Dover, as Star Clippers of Monaco sought the order in a financial dispute with the builders.

The ship was scheduled to begin a series of cruises as part of the UK’s domestic cruise restart program before beginning a world tour.

Five new ships detained in the UK in August 2021

As for the cruise operator, Tradewind Voyages, it claims that this is a simple misunderstanding and everything was settled. They also insisted that there are no outstanding liens against the ship and that the cruises would continue normally.