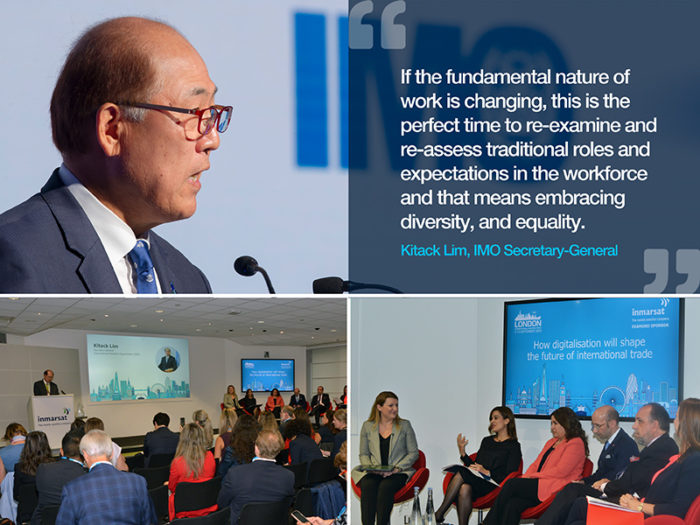 Women empowerement in the spotlight at London shipping week

IMO’s World Maritime theme for 2019 'Empowering women in the Maritime Community' has featured prominently in events at the London International Shipping Week, taking place from 9 to 13 September.

Specifically, a seminar co-hosted by Inmarsat and WISTA international on September 10 explored the theme of Diversity and Digitalisation in the Shipping Industry.

If the fundamental nature of work is changing, this is the perfect time to re-examine and re-assess traditional roles and expectations in the workforce – and that means embracing diversity, and equality

Mr. Lim also pointed out that promoting gender equality in shipping is important not only for its own sake, but also for the practical reality that shipping must attract new talent from every corner of the world and every sector of the population to ensure its own sustainability.

Lately, IMO has been carrying out a programme to promote women in the maritime community for more than 30 years. Namely, seven regional Women in Maritime Associations have been established, covering over 150 countries and dependent territories.

IMO provides gender-specific fellowships and scholarships, both at its own maritime education establishments - the International Maritime Law Institute and the World Maritime University - and at others, too.

This year, in order to help celebrate the World Maritime theme, IMO will be performing a series of initiatives and events, like panel discussions, a social media campaign, while it has also launched a new film called 'Turning the Tide'.