The Energy Information Administration (EIA) issued its Natural Gas Annual report for 2018, addressing that the US set a new record in natural gas production, consumption and exports that year.

Specifically, in 2018 US’s natural gas production rose by 12%, reaching a record-high average of 83.8 billion cubic feet per day (Bcf/d). According to EIA, this increase was the largest percentage increase since 1951 and the largest volumetric increase in the history of the series, which dates back to 1930.

The demand for natural gas as a home heating fuel also rose in 2018, in comparison to the previous year, because of the cold weather during the winter months.

Similarly, in summer season natural gas experienced an increase, because of air condition demands and electricity.

US natural gas increase was seen mostly in the Appalachian, Permian, and Haynesville regions. Also, Pennsylvania and Ohio, states that overlay the Appalachian Basin, had the first- and third-largest year-over-year increases for 2018, increasing by 2.0 Bcf/d and 1.7 Bcf/d, respectively. Texas remained the top natural gas-producing state, with a production level of 18.7 Bcf/d, as a result of continued drilling activity in the Permian Basin in western Texas and eastern New Mexico. 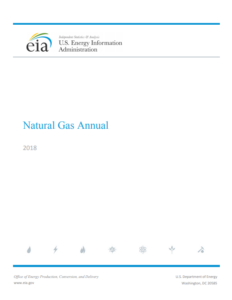