UNCTAD: Commodity exports to China could fall by $33 billion 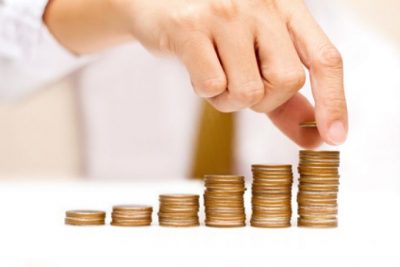 The United Nations Conference on Trade and Development (UNCTAD) published a study according to which total commodity exports to China could fall dramatically as a result of the coronavirus crisis.

The report raises concerns for economies that rely on exports of primary goods, also referring to the dramatic drop in demand for energy products, ores, and gains as the factors impacting total exports to China.

The study projects that global exports of commodities to China could plunge by nearly half in 2020 to $15.5 billion from $33.1 billion in 2019. Between $3 and $8 billion of the decline UNCTAD projects would impact commodity-dependent developing countries.

The UNCTAD study issued before the latest round of political friction between China and the United States highlights the continuing impact of the coronavirus on global trade and the potential ramifications for the shipping industry.

Yet, the uncertainty in the Chinese commodity markers rose recently as the Community party stated it would drop its annual growth targets. The markets responded by driving down prices on key commodity contracts including metals, agriculture, and energy products.

Marco Fugazza, a UNCTAD economist who conducted the study commented that

Because China absorbs about one-fifth of world commodities’ exports, such a drop in its imports would have a dramatic impact on producers of primary goods.

Concerning the relations between China and the US, the former told state-owned firms to halt purchases of soybeans and pork from the United States. According to Reuters, China is ready to halt imports of more agriculture products if Washington takes more action on Hong Kong.

Among the commodities, the study projects will be the hardest hit are imports of liquefied natural gases, which are projected to fall by up to 10% in 2020. That compared with a projected 10% increase before the COVID-19 outbreak. Similarly, wheat imports are now projected to decrease by 25%, twice as much as before the crisis.

On the other hand, other sectors are projected to increase, but at a slower rate versus estimates before the spread of the coronavirus. For example, UNCTAD projects that iron imports will still increase, but growth could fall by two-thirds, from a pre-coronavirus annual growth projection of 19%, to just 6%.

The commodity sectors that are projected to continue showing strength are Chinese imports of soybeans, which are now projected to show a 10% increase over earlier forecasts for a total growth of 34% year-over-year. The annual growth rate for copper imports is also expected to double, from a 5.4% projection pre-pandemic to a new estimate of 11% total growth.