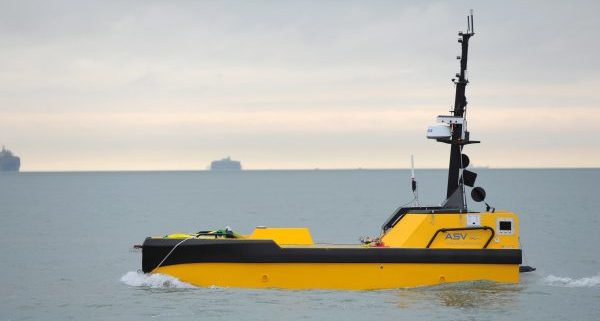 Above image is used for illustration purposes only / Credit: UK Ship Register

The UK Ship Register announced that it has signed its first ever unmanned vessel to the flag, ASV’s C-Worker 7, in an attempt to adapt to the changes of the maritime industry.

ASV’s C-Worker 7 can be used for subsea positioning, surveying and environmental monitoring.

It can also be used under direct control, semi-manned or completely unmanned.

Doug Barrow, Director UK Ship Register said: ‘By supporting emerging technologies such as autonomous systems, we are helping to keep the UK at the forefront of the global maritime industry. The UK Flag is growing, as we have invested in resources to meet the demands of that growth. We have the support of the UK Government, and the wider UK maritime industries to continue our expansion.’

Although such autonomous vessels are now being introduced to many fleets in both commercial and military sectors across the world, they are still relatively new in the maritime sector, UK Ship Register mentions.

From his part, Vince Dobbin, Sales and Marketing Director of ASV Global said, ‘We are delighted to have achieved the first registration of a semi-autonomous vessel for maritime operations. The MCA has been critical in enabling ASV to reach this pivotal milestone recognising the prominence of unmanned systems in the maritime environment’.