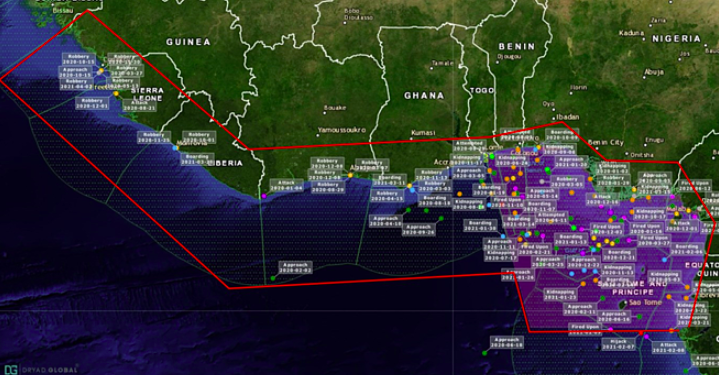 The Maritime Domain Awareness for Trade – Gulf of Guinea (MDAT-GoG) has assessed a heightened risk of piracy within Zones E/F, according to Dryad Global.

The security intelligence firm has received information indicating that a deep offshore pirate action group vessel set sail to sea from the Niger Delta region, Nigeria on the 27th June 2021 and is preparing to conduct attacks on merchant vessels transiting in the region.

The threat of pirate attacks against shipping in the coming days (24-72 hours) deep offshore is high. MDAT-GoG strongly recommends that mariners exercise extreme caution and remain vigilant when transiting this area,

This warning remains valid for 10 days; however, pirates may drift for longer periods.

In response to the continuous attacks on merchant ships in the Gulf of Guinea by Nigerian pirates, 99 maritime companies, organizations, and flag states, have signed the Gulf of Guinea Declaration on Suppression of Piracy, which was launched on May 17.