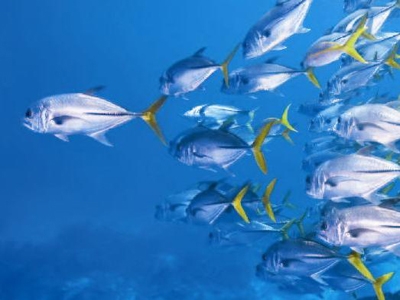 The risk of marine bio invasion caused by global shipping

Globalisation, with its ever increasing demand for cargo transport, has inadvertently opened the flood gates for a new, silent invasion. New research has mapped the most detailed forecast to date for importing potentially harmful invasive species with the ballast water of cargo ships.

Scientists from the Universities of Bristol, UK, and Oldenburg, Germany, have examined ship traffic data and biological records to assess the risk of future invasions. Their research is published in the latest issue of Ecology Letters.

Animals and plants can hitch a ride on cargo ships, hiding as stowaways in the ballast tanks or clinging to the ship's hull. Upon arrival in a new port, alien species can then wreak havoc in formerly pristine waters. These so-called invasive species can drive native species to extinction, modify whole ecosystems and impact human economy.

Some regions, such as the San Francisco Bay or Chesapeake Bay, have even reported several new exotic species per year. The knock-on effects to fishermen, farmers, tourism and industry create billions of US dollars in damage every year. Conservationists and ship engineers are now trying to prevent the next big invasion. But without knowing when and where it may occur, their possibilities remain limited.

As part of the research project, funded by the Volkswagen Foundation, the team obtained detailed logs of nearly three million ship voyages in 2007 and 2008. Depending on the particular route travelled by each ship, the researchers estimated the probability that a species survives the journey and establishes a population in subsequent ports of call. Although this probability is tiny for any single voyage, the numbers quickly add up because modern cargo traffic volumes are enormous.

Professor Bernd Blasius from the University of Oldenburg and one of the researchers involved in the study, said: "Our model combines information such as shipping routes, ship sizes, temperatures and biogeography to come up with local forecasts of invasion probabilities."

The final tally reveals the hotspots of bioinvasion. Large Asian ports such as Singapore and Hong Kong but also US ports like New York and Long Beach are among the sites of highest invasion probability. These waterways are notoriously busy, but, traffic is not the only important factor.

The North Sea, for example, does not rank among the top endangered regions despite intense shipping. Temperatures here are lower, making it more difficult for alien species to survive. However, arrivals from the other side of the Atlantic pose a serious threat to the North Sea. Most invaders are predicted to originate from the North American east coast.

Hanno Seebens from the University of Oldenburg said: "We also compared our model results to field data. And, indeed, most of the alien species actually do originate from there."

As severe as the risk of future invasions may be, the study also contains a hopeful message. If ship engineers could prevent at least some potential invaders from getting on board, the total invasion risk could be substantially mitigated.

By successfully removing a species from 25 per cent of the ballast tanks arriving at each port (eg with filters, chemicals or radiation), the overall invasion probability decreases by 56 per cent. The reduction is so disproportionately large because the effect of ballast water treatment multiplies at successive stopovers.

Bioinvasion is, as the researchers admit, a complex process, and records of past invasions are far from comprehensive. Facing these uncertainties, they simulated various different scenarios. Interestingly, the key results are comparable for different models, predicting the same hotspots and global highways of bioinvasion. The traffic on the main shipping routes plays the greatest role for the calculation.

Dr Michael Gastner, Lecturer in Engineering Mathematics at the University of Bristol, added: "Ship movements in the past few years are well documented, but there are many unknowns about future trade routes."

For example, the future of the world economy remains uncertain, and Arctic passages may become navigable as a consequence of global warming. Future simulations will also have to take into account which engineering solutions for ballast water treatment will eventually be adopted by port authorities.