66 attacks against ships in Africa in the first quarter of 2018 highlight a surge in global levels of piracy and armed robbery at sea, according to the International Chamber of Commerce’s International Maritime Bureau (IMB). Figures in Q1 2018 are up compared to 43 incidents for the same period in 2017, and 37 in Q1 2016. 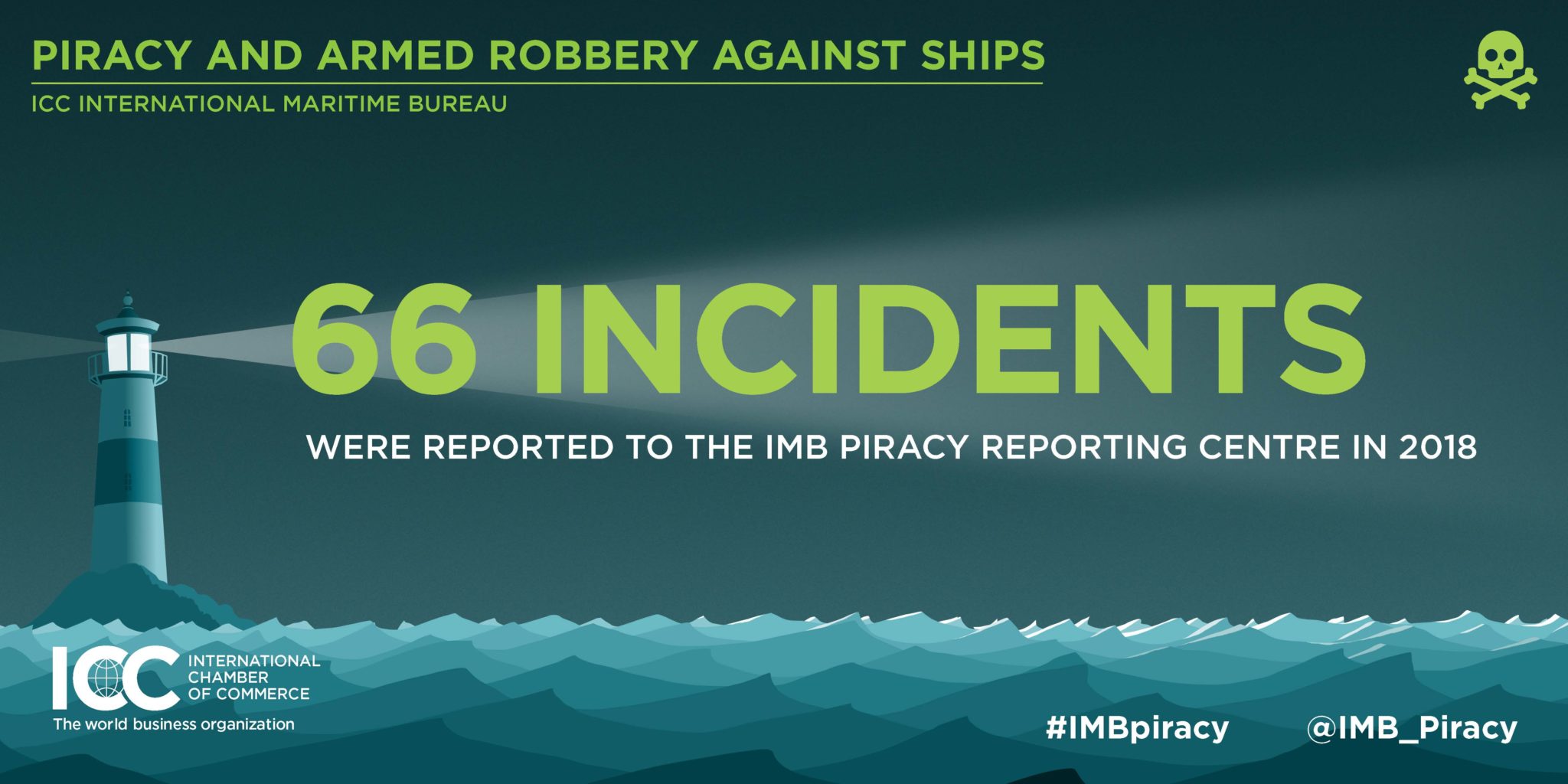 The hijacking of product tankers from anchorages in the Gulf of Guinea is a cause of concern.  In these cases, the intent of the perpetrators is to steal the oil cargo and kidnap crew. The prompt detection and response to any unauthorised movements of an anchored vessel could help in the effective response to such attacks. 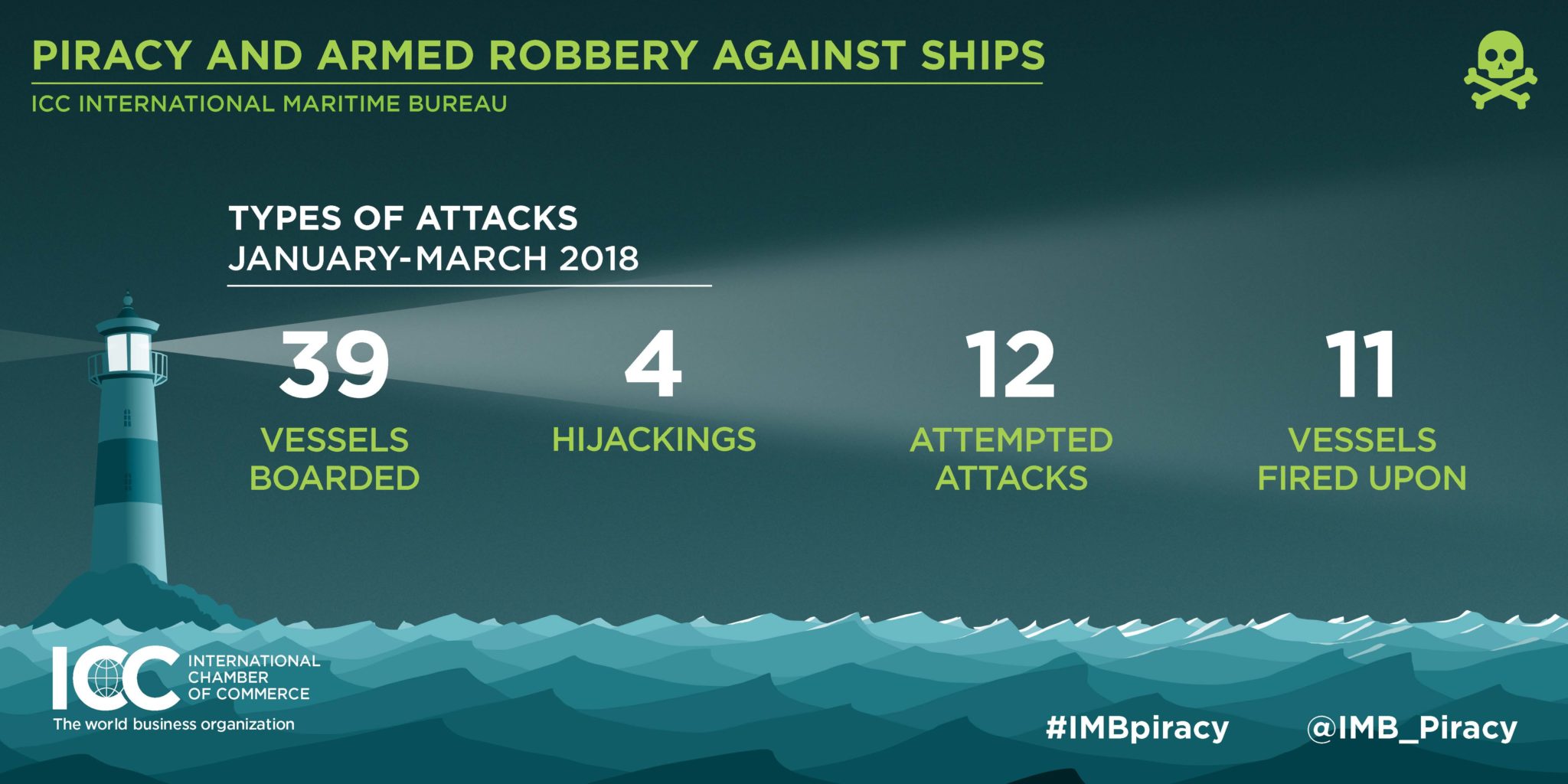 Attacks in the Gulf of Guinea are against all vessels. Crews have been taken hostage and kidnapped from fishing and refrigerated cargo vessels as well as product tankers. In some cases, the attacks have been avoided by the early detection of an approaching skiff, evasive action taken by the vessel and the effective use of citadels. The IMB is working with national and regional authorities in the Gulf of Guinea to support ships and coordinate counter piracy actions. The authorities from Benin, Nigeria and Togo have sent out boats in response to several incidents. 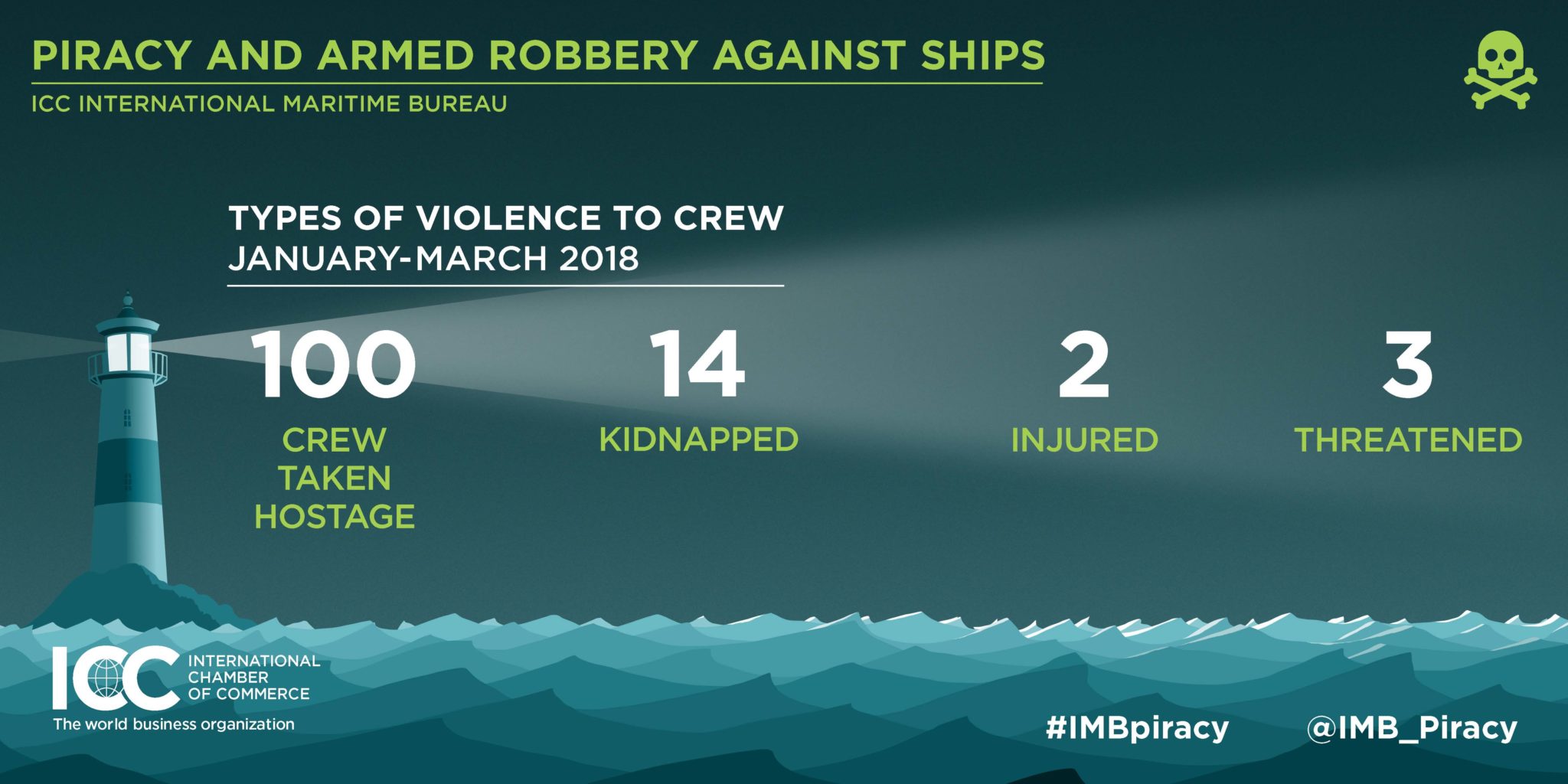 One incident was reported off Somalia, where a product tanker was fired upon and chased by two skiffs around 160nm SE of Hobyo. At the end of March, a 160,000 DWT tanker reported being fired upon in the Gulf of Aden, while transiting within the Maritime Security Transit Corridor. The distance from land, sighting of ladders and firing upon ships continues to illustrate that the Somali pirates retain the capability and intent to attack merchant shipping in the wider Indian Ocean. 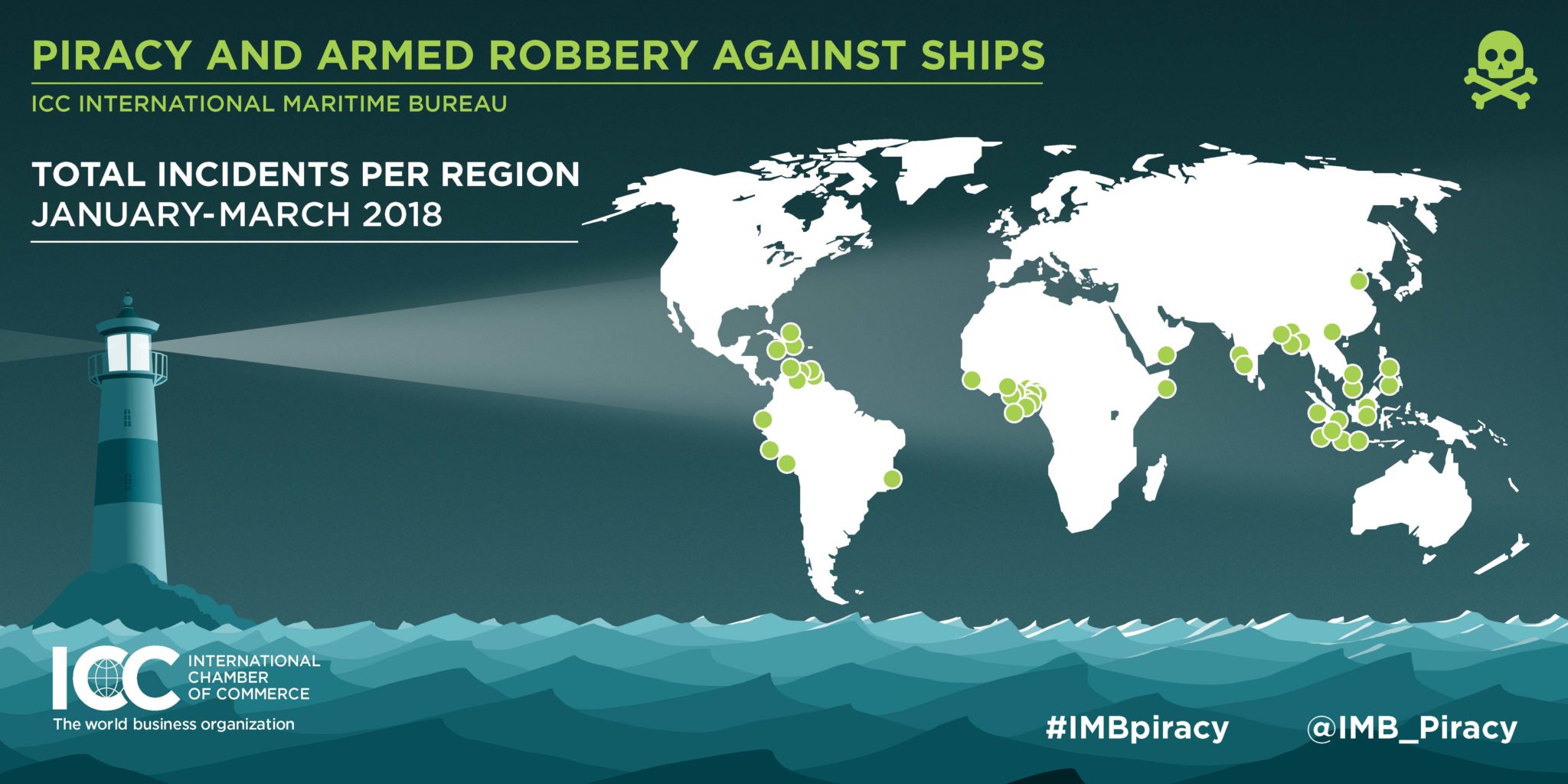 The full report may be found here.