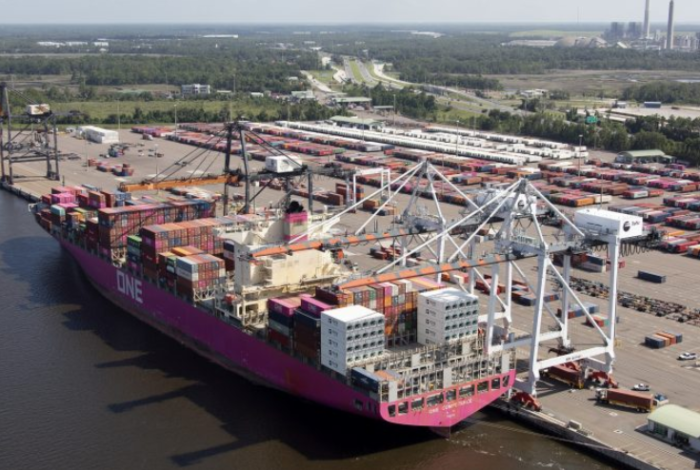 JAXPORT records its best ever July for container volumes

JAXPORT informed that it has achieved its best ever July container volumes, with overall container movements increasing 19% compared to the previous July. More than 116,000 TEUs moved through JAXPORT in July 2019.

Until now, in Fiscal Year 2019, over 1.1 million containers have moved through JAXPORT, marking an increase of 9% over the same period last year. Now, JAXPORT is on pace to set a container volume record for the fourth year in a row.

In addition, Asian container volumes continue to grow, recording an increase of 9% year-to-date, with over 374,200 Asian TEUs moved so far in FY19. Namely, JAXPORT’s Asian trade has grown an average of 14% annually over the past five years.

Moreover, JAXPORT’s July auto business rose by 6%, in comparison to the same period last year, with approximately 57,000 vehicles moved. Year-to-date, the port’s auto volumes are up by 7% and JAXPORT is set to exceed the auto volume record set in 2017, when 693,000 units moved through the port.

Specifically, JAXPORT and SSA Atlantic, could break ground on a $238.7 million international container terminal at JAXPORT’s Blount Island Marine Terminal, and the project to deepen the federal shipping channel to 47 ft. to accommodate more cargo aboard the largest ships is two years ahead of schedule, expected to be completed in 2023.

In order to keep up with the demand for auto space, JAXPORT has signed a long-term agreement with auto processor AMPORTS to expand the company’s leasehold by establishing a new footprint at JAXPORT’s Dames Point Marine Terminal.