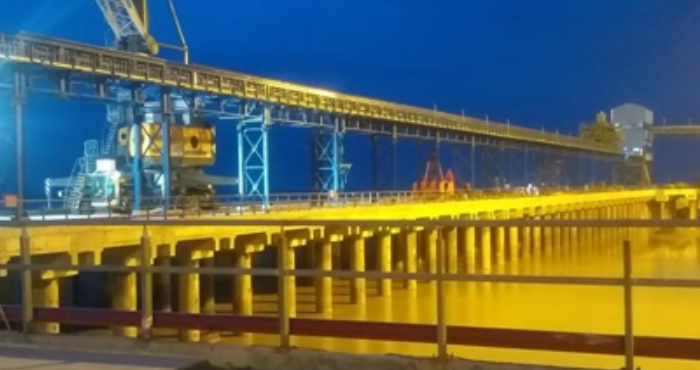 On 12 September, the Indian Prime Minister inaugurated India’s second riverine Multi Modal terminal, built at Sahibganj in Jharkhand. The new terminal is located in the logistic chain of Eastern Transport Corridor of India.

Built within a record time of two years, this is the second of the three Multi Modal Terminals on river Ganga under Jal Marg Vikas Project (JMVP).

Earlier, in November, 2018 the Prime Minister had inaugurated the first terminal at Varanasi.

The new Multi-Modal terminal is expected to open up industries of Jharkhand and Bihar to the global market and provide Indo-Nepal cargo connectivity through waterways route.

It will also play an important role in transportation of domestic coal from the local mines in Rajmahal area to various thermal power plants located along NW-1.

Other than coal, stone chips, fertilisers, cement and sugar are other commodities expected to be transported through the terminal.

The convergence of Road-Rail-River Transport at Sahibganj through the new multi-modal terminal will connect this part of the hinterland to Kolkata, Haldia and further to the Bay of Bengal.

Also, Sahibganj will get connected to North-East States through Bangladesh by river-sea route.

The terminals are being built as part of the Jal Marg Vikas Project that aims to develop the stretch of River Ganga between Varanasi to Haldia for navigation of large vessels up to 1500-2000 tonnes weight, by maintaining a drought of 2-3 metres in this stretch of the river and setting up other systems required for safe navigation.

The objective is to promote inland waterways as a cheaper and more environment friendly means of transport, especially for cargo movement.