HRAS: More than 1500 seafarers stuck as a result of the invasion of Ukraine 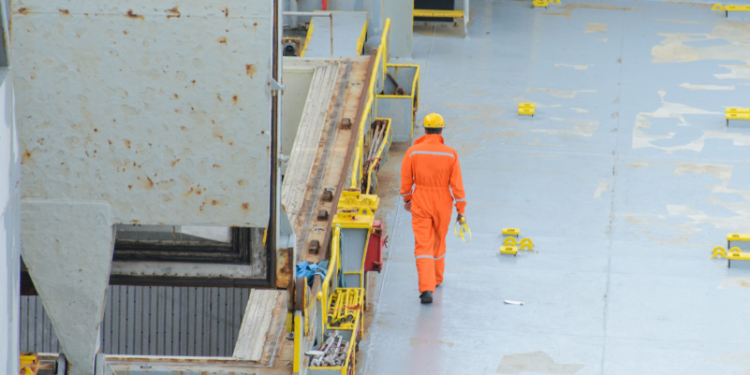 According to HRAS, there have been around 1500 seafarers trapped at sea, as a result of the current invasion. Some crews have been working 20-hour days to get the job done, while suffering with shortages of provisions and fear that they will not get home to see their families.

HRAS informs that outside Odesa port the organization met with a local ship manager in a public area.

The organization was holding a current list of all vessels alongside Odesa port or were otherwise stopped from sailing from the other Ukrainian ports or from within territorial waters. At sea, some had been fired upon by Russian vessels, damaged and crew killed, while others remained trapped in the Sea of Azov and along the Black Sea coast.

According to HRAS, there were more than 100 vessels affected registered with multiple flag states. When asked about remaining crew numbers there were estimated about 1500 seafarers are currently trapped by the current invasion.

Serious concerns about multiple issues have been highlighted. These ranged from a lack of stores, potable water, bunkers, and cold vessels which have been reactivated only to have pipes burst and crew accommodation flooded compounding onboard misery. Engines were reportedly started for two hours a day to provide heating and hot water, but otherwise the vessels became freezing with the outside temperatures falling below zero centigrade.

It was also clear that pressure to maintain the readiness of some vessels was an overriding priority being placed on some crews. The issue of the change over of crews and safe exit corridors was discussed with a lack of change a major factor of concern. Many seafarers just wanted to go home but the security situation simply prevented it.

Fears of indiscriminate bombardment from the sea, of Russian amphibious landings, of running out of provisions, of being left behind, and of an extension of the duration of the war increasing the threat to life featured high in our discussion. It remained obvious that no-one knew when or if conditions would improve, or degrade further.

Recently, Human Rights at Sea called for help to raise £50,000 to support its work in Ukraine and help with the humanitarian crisis caused by the war.
Currently there are about 2,000 seafarers stranded in Ukrainian waters, whose situation is critical. What is more, reports of vessels stuck in Ukrainian ports are growing, with seafarers having already lost their lives in the conflict.