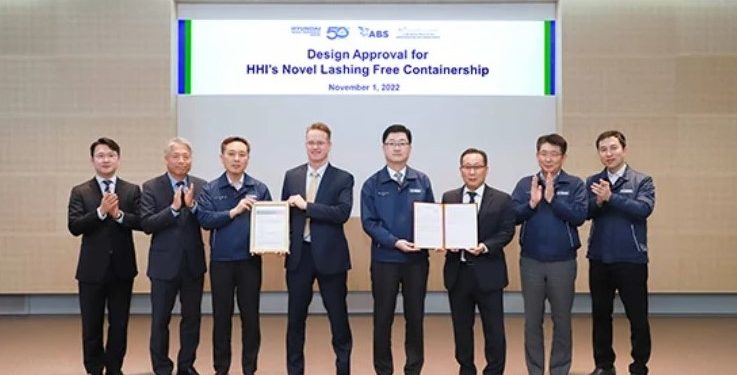 The lashing-free container ship design uses a new concept device called a “portable bench” that receives the load of the containers as they are stacked on deck and transfers it to the hull.

What is more, a device that allows the vertical alignment and stacking of containers, called the “Cell Guide”, has been extended above the deck. As the container is loaded on deck it is fixed by the expanded cell guide meaning there is no need for the lashing of individual boxes.

According to Hyundai, the system makes it possible to fix the containers more stably than the existing lashing bridge structure, thus preventing accidents from collapsing or losing the container in rough seas.

As the World Shipping Council’s (WSC) “Containers Lost at Sea Report” reported earlier this year, from 2020 until 2021, containers lost overboard represent less than one thousandth of 1% (0.001%).

However, the past two years have seen a worrying break in the downward trend for losses, with the average number of containers lost at sea per year since the start of the survey increasing by 18% to 1,629.