Fire put out at oil storage tank in Singapore

A fire that erupted at an oil storage tank at Tankstore’s Pulau Busing terminal in Singapore has been extinguished, according to the Singapore Civil Defence Force (SCDF). The fire erupted at the scene in Tuesday night and was extinguished after approximately 6 hours of firefighting operations.

Thirty-one firefighting and support vehicles and 128 SCDF personnel were involved in the operations, while the SCDF was alerted just before 6 pm. The operation was supported by the Police Coast Guard, Maritime Port Authority of Singapore, Republic of Singapore Navy and the National Environment Agency. 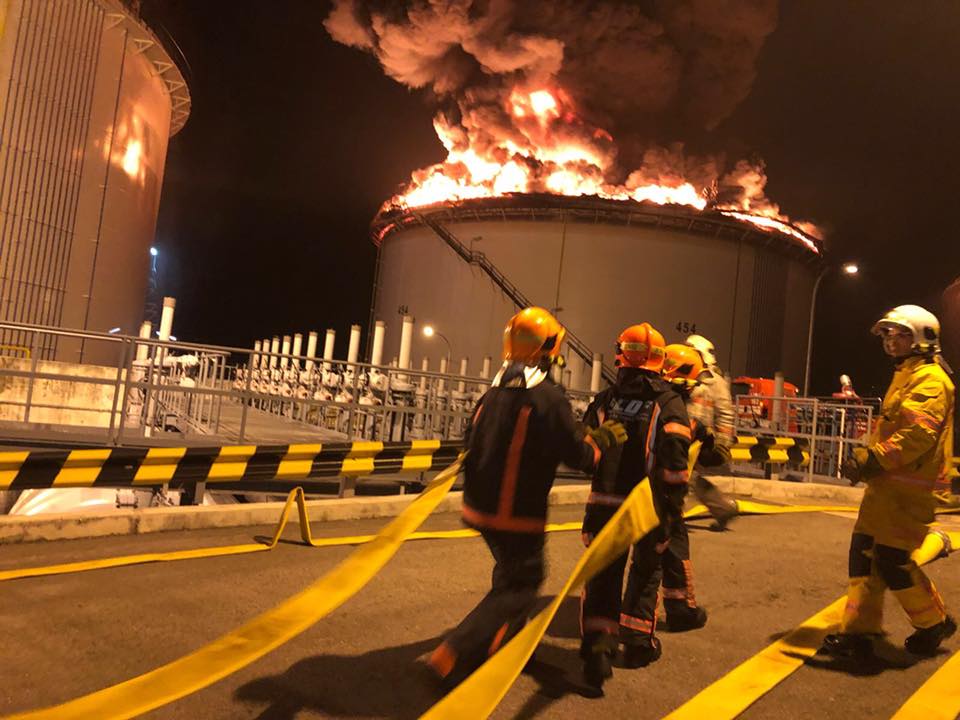 SCDF had to ship the necessary equipment and vehicles to the island, in waves. Five unmanned water monitors were quickly deployed to cool the adjacent oil tanks, preventing the fire from spreading.

Tankstore operates the terminal on Pulau Busing, an island off Singapore’s southwest coast. Its total capacity is estimated at 2 million cubic meters, or 112 tanks, to store petroleum and petrochemical products, according to the company.

The exact causes of the incident are yet unknown. The fire-struck storage tank reportedly contained fuel oil, according to a Tankstore employee as quoted by Reuters. 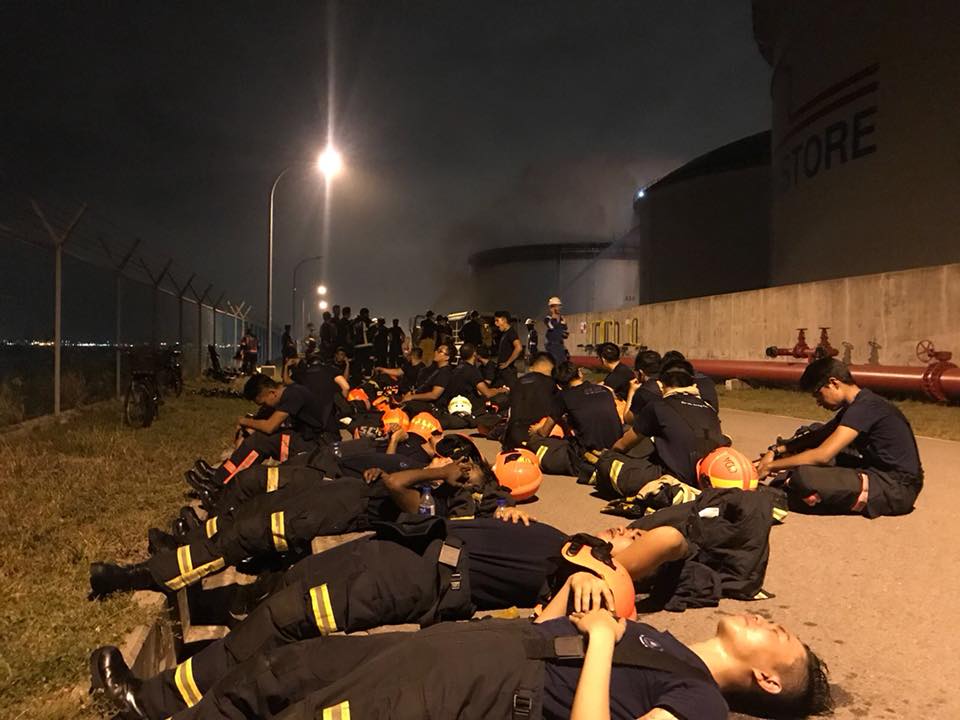