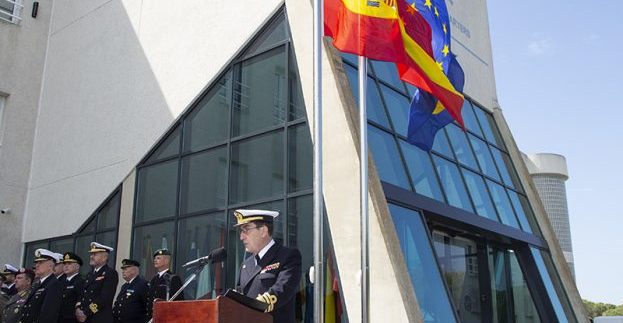 A ceremony took place today in Rota Naval Base, Cadiz, Spain, to mark the relocation of the operation Headquarters of EU NAVFOR Atalanta Operation. The relocation comes in view of Britain’s planned departure from the EU.

The ceremony was chaired by the Chief of Defense Staff, Army General Fernando Alejandre Martínez, the Deputy Secretary General of the External Action Service of the EU, Mr. Pedro Serrano and by the Chairman of the Military Committee of the Union European Union, CEUMC, General Claudio Graziano.

Representatives of the European Union and various countries contributing to the operation took also part in the event.

Operation Atalanta was launched on 8 December 2008, in accordance with United Nations Security Council's resolutions and aims to protect vessels of the World Food Programme (WFP) and other vulnerable shipping off the coast of Somalia, preventing and repressing piracy and armed robberies.

It also supports other EU missions and international organisations working to strengthen maritime security and capacity in the region.

European Council has extended the Operation until December 2020.