‘Driving the maritime transition’ at the center of SMM Digital 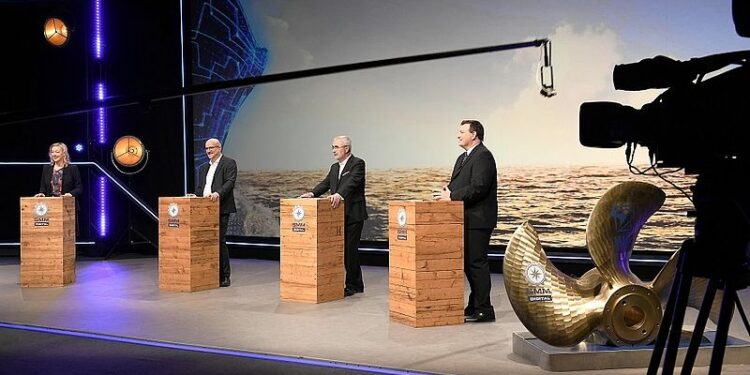 Climate change, digitalization and the effects of COVID-19 pandemic were key topics in this year’s international maritime trade fair SMM, which took place virtually for the first time, gathering more than 160 speakers.

From 2 to 5 February, SMM DIGITAL revolved around the leitmotif “driving the maritime transition”. Apart from discussions of the current COVID-19 crisis, the panels, sessions and interviews focused on digitalisation and environment protection as general topics. In addition, the featured top-flight industry representatives outlined what the future of the maritime industry might look like.

In a pre-recorded message during a press briefing on 1 February, IMO secretary-general, Kitack Lim, highlighted the challenges of decarbonisation for shipping industry over the next 30 years, stressing the importance of a global cooperation for tackling the issue. Mentioning the effects of the coronavirus pandemic on the maritime sector, he underlined the industry’s efforts to support climate protection.

The time for the maritime energy transition is now,

…was his urgent message to the industry.

He also commented the current humanitiarian crisis which has left thousands of seafarers trapped on ships.

On his part, Mr. Knut Ørbeck-Nilssen, CEO of DNV GL – Maritime, noted that the maritime industry has demontsrated a point of resilience, as it continued to serve the global supply chains during these difficult times.

During the next days and for the first time, SMM provided a discussion platform for representatives of NGOs and the international shipping sector. Spokespersons from Fridays For Future (FFF) and the German conservation society NABU met up with with leaders from the global shipowners association BIMCO, container ship owner MSC and the German engineering industry association VDMA.

FFF activist Arnaud Boehmann demanded that the maritime industry and politics do more to protect the environment. BIMCO Deputy Secretary General Lars Robert Pedersen pointed out that shipping, represented by IMO, is the only industry to have defined its own ambitious climate protection goals.

It became clear that decision-makers at shipping companies, shipyards and suppliers must pull together to reach their goal of implementing climate-neutral shipping but need the support of politics, for example by boosting scientific research into alternative fuels.

Meanwhile, Geneva-based container ship giant MSC, through the Executive Vice President Bud Darr, revealed plans to become climate neutral “as soon as possible”. But there is simply a lack of suitable fuels, he contended, calling upon leading fuel manufacturers to take action:

We have to realise that there will not be that one shiny fuel solution. We need diverse options that we can combine like pieces of a puzzle.

Another core theme was digitalisation. How can smart technologies be applied to enhance the efficiency of fleets and optimise the supply chain? How realistic is the vision of ships operating autonomously? At the Maritime Future Summit (MFS), experts such as Pierre Guillemin, Vice President Technology at Wärtsilä Voyage, provided insights into new possibilities opened up by Artificial Intelligence.