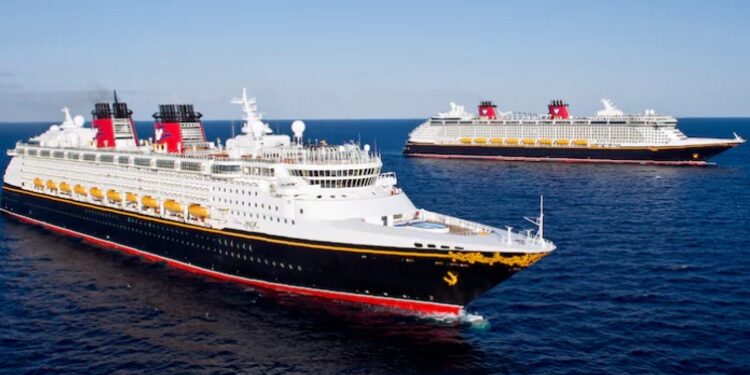 Above image is used for illustration purposes only / Credit: Disney Cruise Line

On 25th of August, Disney Parks, Experiences and Products Chairman Bob Chapek, unveiled the name of the fifth Disney Cruise Line ship, ‘Disney Wish’. The ship is planned to be delivered in late 2021 and is expected to set sail starting in January 2022.

Disney’s three new ships will be fueled by liquefied natural gas and, at approximately 144,000 gross tons and 1,250 guest staterooms, and they will be slightly larger than the Disney Dream and Disney Fantasy.

Disney also revealed its new island destination in the Bahamas, which is located on the breathtaking island of Eleuthera at a place called Lighthouse Point.

With three new ships joining our fleet, we thought this would be an incredible opportunity to add another unique destination to our ports of call. We looked all over The Bahamas and Caribbean for an ideal location that would enable us to create new experiences, while celebrating the culture of this amazing region

In addition, Disney Imagineer, Joe Rohde, mentioned that that Disney will be directly involved in conservation efforts to preserve and protect the Lighthouse Point, in order to create a unique destination that is rooted in Bahamian culture.

Disney Cruise Line bought the privately owned Lighthouse Point earlier this year and signed an agreement with the Government of The Bahamas that guides the responsible and sustainable way the site will be developed.

What is more, Disney has committed to develop less than 20% of the property; employ sustainable building practices, including an open-trestle pier that eliminates the need to dredge a ship channel; establish environmental monitoring programs during construction and operation; and donate over 190 acres of privately owned land to Government, among other commitments.

Through the Disney Conservation Fund, Disney has supplier with more than $13 million to marine conservation programs. Since 2007, Disney has been directly involved in a multiyear initiative to protect and rehabilitate coral reefs in the Bahamas and will continue to cooperate with conservation organizations and communities to protect special places there.

Construction at Lighthouse Point will start after an Environmental Impact Assessment and Environmental Management Plan are reviewed and accepted by the Bahamas and public consultation has taken place.