by Lemmis Andrew
in Opinions 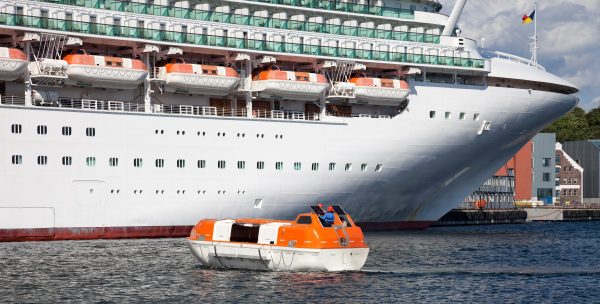 Above image is being used for illustration purpose only

Andrew Lemmis, SeaSafe notes  that lifeboat systems fatally injure more people than they save. In the following article, Mr Lemmis explains the number of factors which may result in accidents onboards due to lifeboat failure.

The unfortunate harsh reality, which has been widely reported in the press, is that lifeboat systems fatally injure more people than they save. This can be attributed to a number of factors including poor or inadequate maintenance, lack of crew training, lack of familiarisation in handling lifeboat equipment, ineffective (or the avoidance of) drills and safety devices being overridden as shortcuts to name a few. Indeed unfortunately, incidents occurring during routine planned drills are particularly common. For example, in April of 2016 a fatal accident occurred onboard the MV Amazon at Constanta. The Bosun suffered a fatal injury when he was struck on the base of the skull by the manual crank handle of the lifeboat winch after power was restored to the mechanism, following several safety device overrides that had been made due to malfunctioning limit switches.

The good news is that these accidents and incidents are avoidable with adequate thorough maintenance, increased crew familiarity, routine training on lifeboat handling and correct and effective drills. The key is to avoid complacency, assume items are in good order or that items can be overlooked this time as they were checked at the last interval, because that is when people get hurt. Lifeboats are safety equipment and should not strike fear into the seafarer; they should be looked upon as a vital safety net.

Let’s look at some key areas to focus on when assessing lifeboat adequacy on vessels:

Some Key Areas of Concern/Focus

1. LRRS (Lifeboat Release and Retrieval System) failure – As a key contributor to lifeboat incidents, LRRS and most notably on-load release hooks have always been a contentious subject. Since on-load hooks became a mandatory requirement from 1986 there have been numerous industry studies that have exposed the vulnerabilities that these important sophisticated systems possess.

The studies have identified that the systems can become extremely unstable due to minor wear tolerances or poor adjustment of release cables which could trigger unexpected releases, many times with fatal consequences. This coupled with designs that restrict proper maintenance and verification as well as complex operating and resetting requiring high level of crew understanding.

Finally, after years of incidents, this prompted the IMO to act. Amendments to the LSA code under IMO Resolution MSC.320 (89) entered into force on 1st July 2012 and this gave clear and stricter design and testing requirements that lifeboat release systems had to adhere to. This was a retrospective requirement and it was to become applicable to all totally enclosed lifeboats that were fitted with on-load release hooks. From the first scheduled dry-docking after 1st July 2014, all vessels with these lifeboat systems needed to be evaluated as to whether their existing on-load release hooks complied with the first three applicable sections of the revised LSA Code. In conjunction with the equipment makers, hook systems needed to be certified compliant or modified to comply. In many instances, it would even be necessary to completely change out the hook system to a brand new compliant system as modifications weren’t available or hook makers had ceased trading.

But, was this IMO ruling sufficient? Many think that although it was a great safety improvement the IMO missed a perfect opportunity to improve on this a lot further.

Rather that banning non-compliant unstable hook systems, the IMO has given equipment makers the option to design modifications of which some are as simple as just fitting a spring on a locking cam or fitting a counterweight locking lever. So, hooks that have been in use for over 20 years with varying degrees of wear are now able to be rendered completely stable and fail safe by the addition of a small spring. Time will tell if this approach is adequate but the harsh reality is that it may cost a life to prove if it is not.

Another issue is the time given by the IMO for owners to ensure they have compliant LRRS fitted, which is 5 years. In some cases vessels could be trading up to 2019 with hook systems that have been documented and identified as unstable and not compliant with the LSA code. All this while still performing routine drills and relying on Fall Preventer Devises (FPD’s) to arrest any fall due to an unexpected hook release.

2.Wire Rope Failure. Recently there has been an increase in incidents due to failure of fall wires used in lowering/hoisting of survival craft. Even though maintenance requirements have changed, deterioration of wires or use of incorrect wires is becoming more common.

Previously davit fall wires were required to be completely removed and reversed and reinstalled on the davit at 30 month intervals. This would also allow for checking of the complete length of the wire and in some instances proof testing of newly-fitted end terminations. Then, at intervals not exceeding 5 years, wires were to be completely replaced. With the adoption of annual maintenance by shore based specialists; as well as logistical issues in end for ending wires, this requirement was discarded. Now davit fall wires are to be inspected annually and replaced at intervals not exceeding 5 years. Unfortunately wires are unable to completely and thoroughly be inspected in situ. The routing of the wires on the davit means not all areas are safely accessible and the layers remaining on the drum cannot be accessed. Wires are generally covered in grease which makes it increasingly difficult to spot broken, damaged, crushed, abraded or corroded strands.

With no identification or markings on the wires it is impossible for any third-party service provider to match the on-board certification to the actual wire in use to determine fit for purpose. Wires with corroding inner cores or damaged strands that may not follow the maker’s specifications or meet the minimum safety factors are then unknowingly left to remain in operation.

Wire slings attached to freefall lifeboats are commonly encapsulated in a PVC covering which renders the correct inspection and verification virtually impossible. The PVC covering also becomes a moisture trap slowly corroding the wires. There have been instances when these slings have failed either when used to support the boat in a simulated freefall launch or recovering the boat from water. These slings should be replaced if any doubt to their condition is present.

3. Limit Switch Failure – incorrect installation or failure of components such as limit or proximity switches can be a serious problem for lifeboat systems. The action of overriding faulty or defective limit switches is even more so and worryingly a common practice that has been spotted by our engineers on many occasions. Incorrect retrieval procedures have shown that most of the operating crew rely on limit switches to stop the hoisting of survival craft. In cases where limit switches have not been functioning properly and failed to stop hoisting, the continued turning of the winch has generated more than enough torque to break hoisting wires and at times with fatal consequences. Correct retrieval practices are to stop hoisting before the davit comes into contact with the limit/switch and that this safety cut off devise should not be relied on solely to cease hoisting. Limit/Proximity switches are not high cost items, these should never be repaired, overridden or heavily painted. Always replace a faulty limit/proximity switch. We would go as far to recommend maintaining an inventory of these low cost spares on-board just in case immediate replacement is necessary.

4.Winch Crank Handle Injuries – Unfortunately, incidents of injuries sustained by winch crank handles are quite common, some minor (and probably not reported) and some much more serious, such as the event on the MV Amazon. Manual turning of a davit winch is necessary when hoisting in a davit system to its final end stop once powered hoisting has ceased (due to limit switch activation). In some cases, manual turning of the winch is required prior to lowering a survival craft to release tension on harbour pins or locking devices which require removal. The problems occur when manual hand crank levers are not removed and the winch unit rotates under speed. Depending on the position of the lever this could then lead to high force impact injuries to lower limbs or the head.

5. Bowsing and Tricing Bad Practice – refers to the embarkation errors that occur during launching procedure. The process can be time-consuming if followed to the letter, and bowsing tackles can be heavy and awkward to handle, particularly on high capacity lifeboats. Full bowsing-in procedure is often ignored during crew exercises, and in tough sea conditions, the davit positioned lifeboat can end up swinging out from the ship’s side in an uncontrolled fashion, injuring those within.  Furthermore, overloading the tricing pennants by ignoring bowsing procedure can be fatal. Familiarisation with correct practice is thus again encouraged, so that the correct procedure is followed and accidents are avoided.

6. Lifeboat engine failure­ – Lifeboat engines must be regularly tested, even if that is merely starting it every week and running for 3 minutes as part of the routine documented lifeboat maintenance requirements. Other than the structural integrity of the lifeboat, the means to transport the crew after launch is an absolutely vital function. On lifeboats installed on dangerous cargo vessels, the lifeboat engines also drive the water-spray system that pumps sea water over the outside of the lifeboat to enable safe passage through sea surface fire. Lifeboat engines have two independent means of starting and both these starting methods should be checked. Engines moreover are often neglected and not checked for faults/lack of fuel/missing connections or even checked if the exhaust system is leaking dangerous toxic fumes into the lifeboat. Lifeboat engine deficiencies are a common PSC finding.

As long as they are started regularly and in accordance with documented procedures and any irregularities in function, sound, smell or look are noted, one can be more assured of its capability to save lives after launch. Otherwise this could result in engines not starting, malfunctions and the inability to manoeuver away from danger.

Andrew Lemmis is a maritime professional with over 25 years’ experience working in UK, India, Singapore, China and Hong Kong, with a focus on Marine Life-Saving equipment. He has been involved in all aspects of sales, design, production, installation, commissioning, maintenance and training of shipboard lifeboat and davit systems. Andrew has also been instrumental in the publishing of various key manuals and guides related to this subject and as an industry expert is regularly requested to deliver training, seminars and consultancy to major shipping companies, regulators and shipping associations. Andrew is a Singapore ITE accredited trainer for lifeboat systems service & maintenance and a member of several key industry organizations. Andrew’s current role as Managing Director for SeaSafe Marine Limited is focused on providing a highly professional and efficient global service for all makes of lifeboat and davit equipment.