Cargo Delivery without Production of Original Bill of Lading 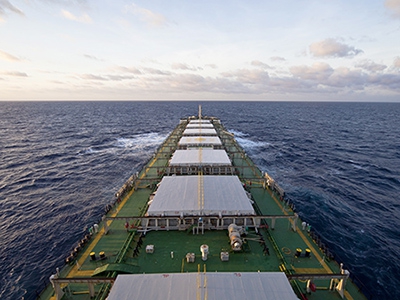 Article by Holman Fenwick Willan LLP discusses the issues arising in relation to misdelivery claims and the use of letters of indemnity or LOIs, with particular focus on such claims in China.

It is well known that carriers are exposed to the risk of liability for misdelivery claims when cargo is delivered without production of original bills of lading (OBLs). For that reason, carriers usually only agree to follow instructions to deliver cargo without production of OBLs against letters of indemnity (LOIs) from their charterers.

However, a spate of recent misdelivery claims in China brought by holders of OBLs against carriers highlights – once again – that LOIs may not afford carriers and other parties involved adequate protection against the consequences of misdelivery claims.

The use of LOIs

The aim of standard LOIs (usually based on the International Group’s standard form wording) is to provide protection from the consequences of misdelivery claims. The standard LOI wording is intentionally drafted widely so that as long as the carrier (or beneficiary of the LOI) delivers the cargo to the party named, or claiming to be named, in the LOI, the beneficiary will have a good right of indemnity from the party requesting delivery without production of the OBLs for most of the conceivable consequences of a potential misdelivery claim. Thus, so long as the original instructions for delivery in the LOI are followed by the carrier (or beneficiary), English courts have sought to give effect to such LOIs.

LOIs have become an essential instrument for the carriage of bulk mineral cargoes to China. But where misdelivery claims arise, as with the recent Shanxi Haixin cases, LOIs may nevertheless leave carriers exposed. The general view is that the recent misdelivery claims in China are unlikely to be one-off events.

P&I Clubs do not typically insure carriers for delivery without production of OBLs. Specialist insurance can be purchased – at a price – but in effect that merely transfers the risk of claims rather than dealing with the underlying problem itself. Equally, however, it is not realistic to expect carriers to change the prevalent use of LOIs. It is commonly suggested that carriers should instead mitigate the risk of enforceability of LOIs by requiring counter-signature of the LOIs by first class banks. In practice, however, that is often considered to be no more realistic as a solution than refusing to discharge the cargo.

Read more by clicking below