Grimaldi's car carrier, Grande Europa, caught fire off the island of Mallorca, Spain, on May 15, the Spanish sea rescue society informed. The fire on the 51,714 GT ship has been brought under control by three fire fighting ships.

Additionally, Salvamento Maritimo, the team that helped extinguish the fire, stated via twitter that the 15 crew members that were onboard the vessel were promptly evacuated by helicopter.

Some stayed onboard to assist the fire fighting efforts. For the time being, the cause of the fire remains unknown.

The vessel was voyaging from the Italian Port of Salerno to Valencia, Spain, at the time of the fire outbreak. 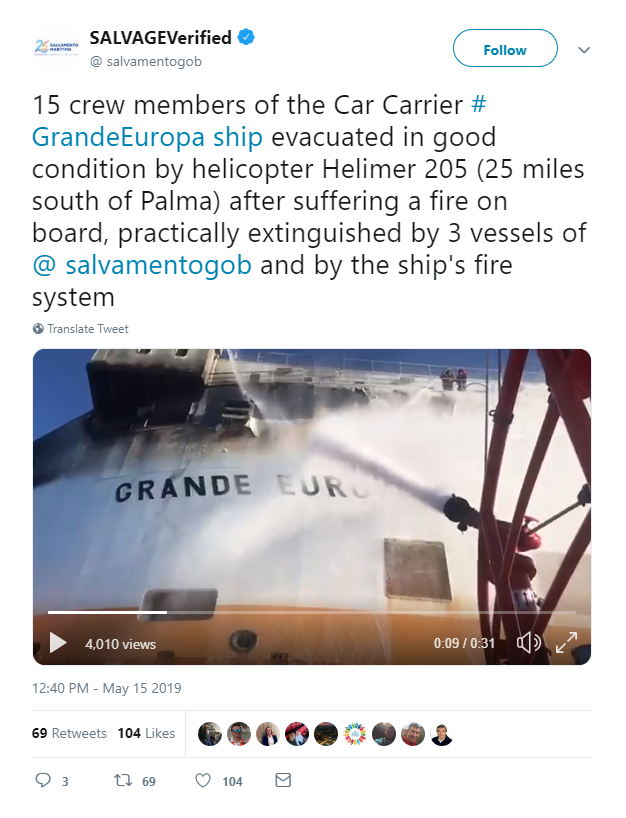 The ro-ro Grande America caught fire on March 10 which resulted to its sinking.