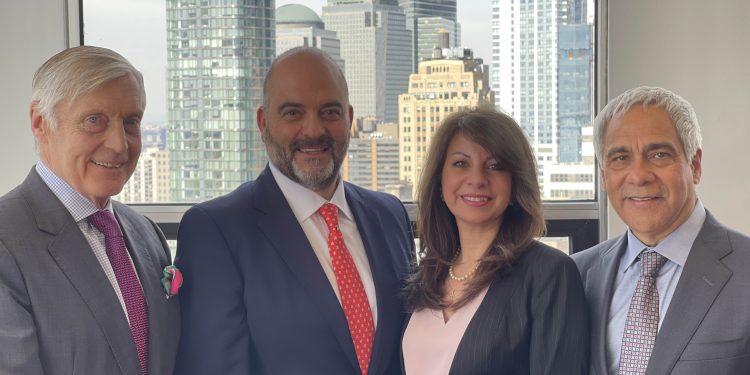 On August 1, 2022, Joe Hughes will be relinquishing his position as Chief Executive Officer of Shipowners Claims Bureau, Inc. (SCB), Managers of the American Club, after 27 years’ service in that role. Dorothea Ioannou, currently Deputy Chief Operating Officer of SCB, will take over as CEO on that date.

The American Club further announced that Vince Solarino will at the same time relinquish his role as Chief Operating Officer of SCB, after a similar length of service in that position. Dan Tadros, currently Chief Legal and Compliance Officer of SCB, will become the new COO at that time. Arpad Kadi will continue to discharge his current duties as Chief Financial Officer and Tom Hamilton will continue in his role as Chief Underwriting Officer.

It is particularly worthy of note that Dorothea will be the first female CEO of an International Group club management company in the 167 years since the first mutuals of the current Group were founded. Your Board takes pride in having been involved in the making of history in this regard.

Furthermore, Joe and Vince will remain, respectively, as Chairman and President of SCB to focus on the transitioning of their day-to-day operational roles to their senior colleagues, led by Dorothea in concert with Dan, Arpad and Tom, and supported by the Managers’ service teams throughout the world.