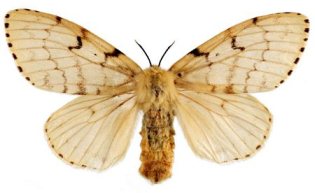 The Japan P&I Club has issued a joint Asian gypsy moth (AGM) has announced that there has been a regulatory program for commercial vessels to prevent spread of AGM to the U.S. and Canada since 2007. U.S. Department of Agriculture and Canadian Food Inspection Agency announced this programme and alerted there should be a significant delay in case of vessels arriving without the required AGM certification, or upon detection of AGM.

AGM  is a serious pest that can be carried on ships and cargo. AGM populations are prevalent in some seaport areas in Far East Russia, Japan, Korea, and Northern China. If introduced, AGM could have significant negative impacts on the North American plant resource base, commerce that relies on those plant resources, and to market access. Vessels must arrive in North American ports free of AGM and with required pre-departure certification. It is vital that the maritime industry and the United States (U.S.) and Canadian authorities collaborate on measures to minimize the risk of AGM incursion. Although the plant health and agricultural agencies of the U.S. and Canada are independent and have variances in their legislation, AGM risk mitigation and exclusion efforts are a joint effort and considered a high priority.

In all cases of vessels arriving without the required AGM certification, or upon detection of AGM, significant delays in cargo loading or discharging activities as well as in routine clearance can occur, resulting in loss of revenue to the shipping line and associated parties. The shipping industry has significantly enhanced awareness of necessary quarantine compliance for AGM. This has been vital to maintaining shipping schedules. Both countries are committed to working with industry partners to support measures that will reduce AGM risk at origin. Actions For vessels that have called on areas regulated for AGM during the specified periods, as outlined in Table 1, the following measures are required:
1. Vessels must be inspected and must obtain pre-departure certification from a recognized certification body.
2. Vessels must arrive in North American ports free from AGM.
3. Vessels must provide two year port of call data, at least 96 hours prior to arrival in a North American port, to the Canadian or U.S. agent.

In addition, vessels are reminded to ensure they are in good repair and decks are clear of debris and unnecessary obstacles to allow for thorough inspection both in AGM regulated areas and upon arrival in North America. Upon arrival in North America, there have been detections on vessels that obtained predeparture certification. Where certification has been issued many days prior to ship departure from an area regulated for AGM, re-infestation can occur.

Therefore, it is important that inspection and certification be conducted as close to time of departure as feasible. It is also of vital importance that a ship’s crew ensures freedom from AGM by conducting inspection of the ship superstructure while en route to North America and removing and destroying all life stages of AGM detected. It is the responsibility of the shipping lines to meet all requirements for entry to the U.S. and Canada for freedom from AGM and other pest concerns. We strongly urge maritime interests to take all possible precautions.