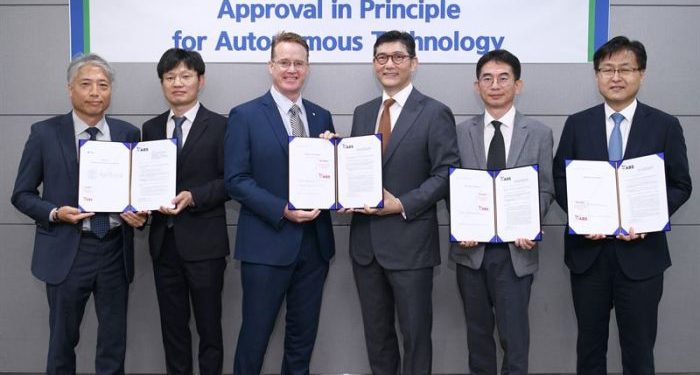 More specifically, Avikus has obtained approval from ABS for their autonomous navigation system HiNAS 2.0 which will be a standard application for all new construction vessels at HHI Group beginning next year.

In addition, Artificial intelligence (AI) drives the mechanisms for HiCBM and HiCAMS and can diagnose the condition of mechanical equipment or identify and manage situations such as fires without human intervention.

Finally, the integrated platform, Pont.OS, is an open platform that can integrate and control various autonomous functions of ships and is expected to provide an infrastructure that enables safe autonomous and remote operation of ships.

When used in vessel operations, autonomous functions have the potential to increase safety by reducing human error

In addition, Kim Sung-Joon, Senior Executive Vice President and CTO of KSOE, mentioned that “HHI Group is a step closer to developing fully autonomous ships by receiving AIPs for not only autonomous navigation systems but also condition based maintenance (CBM) for machinery, onboard safety management and infrastructure.”

HHI also signed a memorandum of understanding (MOU) with ABS at CES 2022, to collaborate on autonomous technologies for the shipping industry and include outputs such as AIPs and demonstration tests of ship operations.