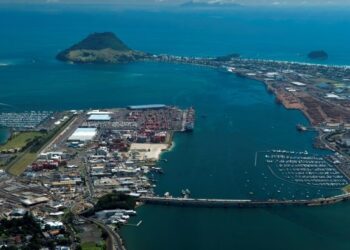 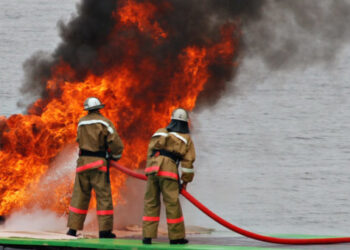 The US Chemical Safety Board informed earlier this week, that a fuel leak, probably because of open valves and a running pump, was the cause of a massive blaze at a Mitsui & Co Ltd petrochemical storage operation along the Houston Ship Channel during March. 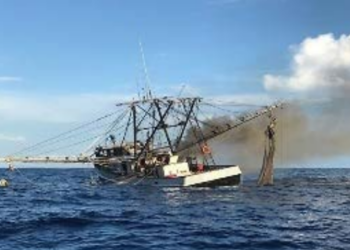 On August 31, 2018, the fishing vessel Master D was transiting with three crewmembers in the Gulf of Mexico 45 miles southeast of South Padre Island, Texas, when a fire in the engine room erupted. After unsuccessfully trying to extinguish the fire, the crew abandoned the vessel without injury. The fire continued to burn until the vessel sank the next day. An oil sheen of around 400 yards by 1 mile was visible in the water after the sinking. The estimated property damage was more than $162,000, the NTSB report notes. 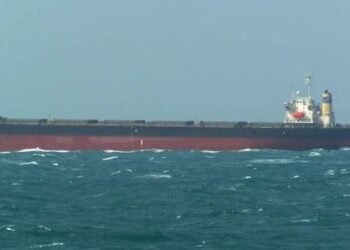 10 die due to CO2 leak on Chinese cargo ship

Ten people lost their lives, while 19 others were injured, due to a carbon dioxide leak that occurred on a cargo ship at the Longyan port in Weihai, China, on May 25. The 19 injured were sent to a local hospital and are now stable. The third officer of the ship is suspected as responsible of the incident. 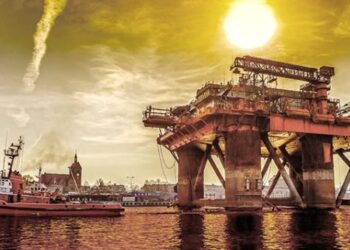 The American Petroleum Institute released the third edition of API Recommended Practice 1160 (RP 1160), 'Managing System Integrity for Hazardous Liquid Pipelines,' on February 27. RP 1160 provides a process for ensuring safe pipeline operations, including robust assessments of potential risks and establishment of systems to safely and efficiently manage them during day-to-day operations. 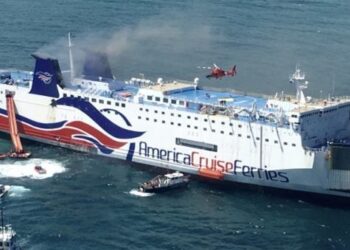 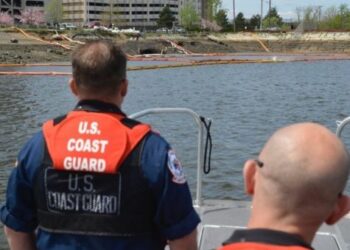 Crack in pipe causes dielectric oil to leak into river

After dielectric oil was leaded in the Mystic River near the Alford St. bridge, Eversource identified the location of the leak on Sunday, May 6. To do that, gas was released into the pipe to help identify the leak during a freeze test. A crack in the electrical pipe underground, under the I-93 bypass in Somerville, was the source of the dielectric oil. 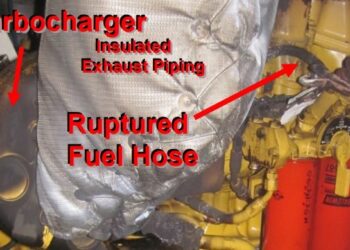 How to prevent fuel spray fire onboard

The United States Coast Guard issued a safety alert, in order to inform about a fuel spray fire onboard a commercial vessel. These types of incidents, involving fuel leakages contacting hot surfaces and igniting, happen too frequently and have been a focus of various marine safety organizations, such as the IMO, for many years.

"K" Line confirms that a tank container was damaged while cargo aboard M/V Pearl River Bridge was being discharged at Laem Chabang Port, Thailand on July 17