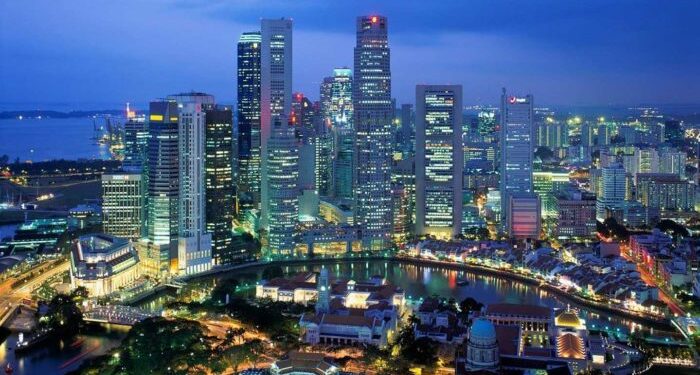 International law firm Ince&Co presented Singapore’s role in China’s Belt and Road Initiative, mainly referring to its geopolitical location. Since the 14th century, Chinese traders have spoken of sailing through the Dragon’s Teeth Gate, a rocky outcrop at the gateway to the port at Singapore. While the Dragon’s Teeth Gate was destroyed in 1848, some still speak of Singapore today as the gate to ‘China’s Windpipe’.

Singapore – the gate to ‘China’s Windpipe’ : The country disposes a geopolitical location, as it sits at the narrow end of the Straits of Malacca, often called ‘China’s Windpipe’, through which almost all shipping between the West and China passes.

When all these projects are completed, China will have interests in a port along the Straits of Malacca, a port in the South China Sea, and a rail network linking the two, creating a land bridge in Peninsula Malaysia.

Another B&R project close to Singapore is the development of the Kyaukpyu Port and Sino-Myanmar Pipelines in Myanmar. Kyaukpyu Port, on the Bay of Bengal, was developed by a Chinese consortium who are also now negotiating the acquisition of a 70% – 85% stake in the port. A crude pipeline from Kyaukpyu to Kunming (China) began operations recently, allowing southern China to import crude directly. The crude pipeline has an annual transport capacity of 22 million tons, and runs parallel with a natural gas pipeline with an annual transport capacity of 12 billion cubic meters.

The Kyaukpyu Port and the two pipelines give China direct access to crude and natural gas imports through the Indian Ocean rather than through the Straits of Malacca.

Further afield, the Gwadar Port and CPEC (China-Pakistan Economic Corridor) in Pakistan is another collection of infrastructure projects that will allow China to import goods and commodities without shipping through the Straits of Malacca.

When completed, the CPEC-related projects and the Gwadar Port will be another alternative trade route for China through the Arabian Sea rather than the Straits of Malacca.

The Kra Canal would be key to prominence in the region’s sea trade. This is a proposed canal across southern Thailand, connecting the Andaman Sea in the west with the Gulf of Thailand in the east, that is often linked with China’s B&R. The Kra Canal, if built, will reduce the distance of sea routes to China by approximately 1,200km by allowing vessels to bypass the Straits of Malacca altogether.

However Ince&Co suggests unlikely that the Kra Canal will ever be built. Firstly, the cost of constructing the Kra Canal, an estimated US$30 billion, is prohibitively high. Secondly, the construction of the Kra Canal may incur religious and political sensitivities between the predominantly Buddhist and wealthier northern Thailand and the predominantly Muslim and poorer southern Thailand. Thirdly, the existence of insurgent groups in southern Thailand gives rise to security concerns.  Finally, it is doubtful that the Kra Canal would be a commercially viable alternative to the Straits of Malacca route, taking into account waiting time, toll fees and other associated costs.

Without the Kra Canal, the B&R is intended to help China be more self-sufficient in terms of its energy resources by reducing its reliance on shipping trade routes through the Straits of Malacca. The B&R is not, however, intended to be an absolute replacement to shipping through the Straits of Malacca. The B&R projects are also a means of putting China’s capacity for production and finance to use at a time when domestic appetite is reduced.

Singapore will not be a direct beneficiary of the significant funds that China is investing as China’s investments through B&R will be in countries building the infrastructure that China requires as alternatives to shipping through the Straits of Malacca. However, the B&R projects in the region will increase maritime activity in the region as a whole and this is expected to benefit Singapore as a prominent maritime centre in the region.

Furthermore, eastern China will, for the foreseeable future, continue to rely on shipping through ‘China’s Windpipe’, and Singapore will continue to be its gate. Singapore’s good relations with China and Singapore’s expressed support for the B&R are positive early indications of a mutually beneficial relationship. Indeed, Singapore’s experienced service industries have already been called upon to support the B&R: for example, Singapore is helping to drive the development of Chongqing in southwest China as an inland international logistics hub and multimodal transport and logistics centre for southern and western China as part of the B&R.

The B&R creates an inventory of projects that calls for investments in both Singapore and elsewhere. The prosperity of Singapore is undoubtedly tied to that of China and it remains in the interests of both that Singapore should continue to be a favourable maritime capital, worthy of being the gate to the soaring dragon that is China.