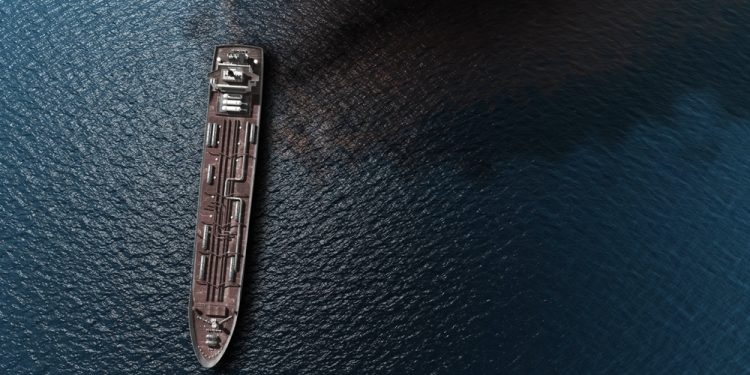 Data from ITOPF shows that seven oil spills of more than seven tonnes were recorded from tanker incidents in 2022. This brings the decade average to almost six, which is on a par with the 2010s and a dramatic reduction from the numbers reported in earlier decades.

Three of the seven incidents in 2022 resulted in spills greater than 700 tonnes (classified as ‘large’ spills). Two of these incidents occurred in Asia and one in Africa. They resulted in the release of crude, bitumen and fuel oil into the marine environment.

The four other incidents, classified as ‘medium’ spills, involved spills of fuel oil and diesel.

The total volume of oil lost to the environment from tanker spills in 2022 was approximately 15,000 tonnes; more than 14,000 tonnes of which was lost in the three large incidents. 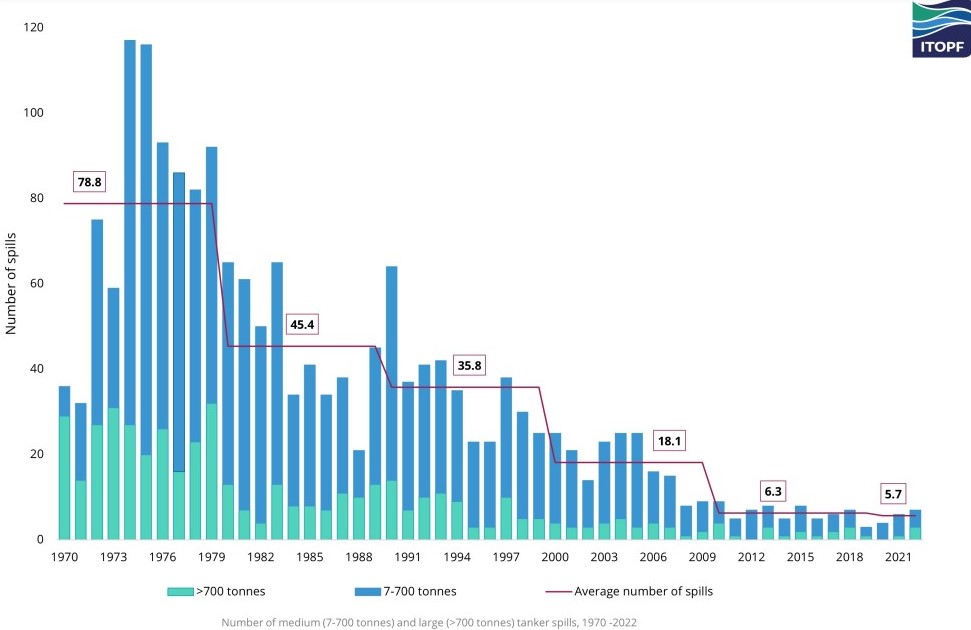 This figure is higher than the previous three years but remains a fraction of the 2.95 billion tonnes of crude oil and petroleum products that are transported by sea each year.

ITOPF has recorded tanker spill statistics over the last 50 years and in this time, despite some annual fluctuations, the number and volume of oil spills from tankers has dropped dramatically.

These numbers are stabilising at a low level, with the reduction being driven by positive change from the shipping industry, and supported by governments. The ongoing commitment to exploring and investing in ways to improve standards is reflected in the trends we see in the spill statistics

Accidents involving non-tank vessels which carry oil as bunker fuel may also be a source of pollution. Other non-shipping sources, such as pipeline spills and oil industry activities, as well as natural seepage, also contribute towards the global input of oil into the marine environment.