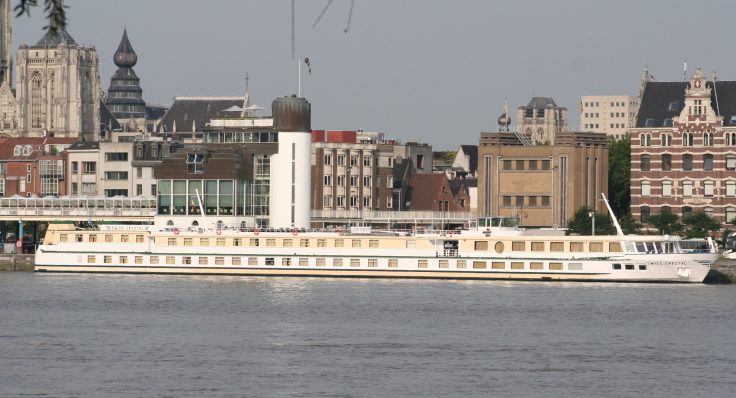 The cause of the crash of 'Swiss Crystal' cruise ship into a motorway bridge on Rhine river, on the evening of 26 December, was attributed to the pilot's steering error, according to data provided by SWI news agency.

The conclusion was announced Thursday by Swiss shipping company 'Scylla', noting that the incident would be further investigated to prevent similar cases in the future.

The 100-metre-long vessel, carrying 129 people onboard, was sailing on the Rhine, heading to The Netherlands, when it struck a pillar of the bridge near the western city of Duisburg, Germany.

Approximately 25 passengers, mainly nationals from Belgium, the Netherlands and Luxembourg, sustained minor injuries and four were transferred to hospital.

The ship is currently in a shipyard in The Netherlands for repairs to its damaged bow.