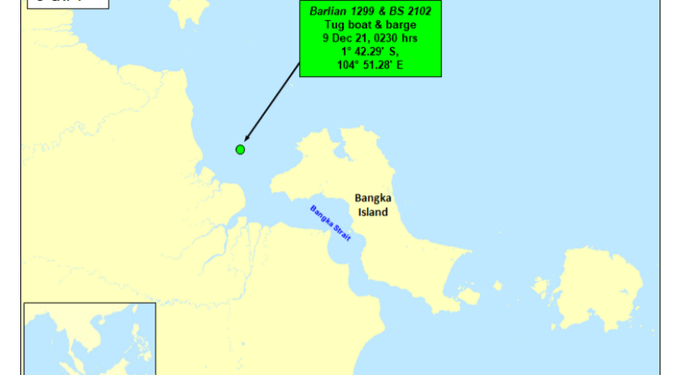 During 28 Dec 2021- 3 Jan 2022, one CAT 4 incident of armed robbery against ship was reported to the ReCAAP ISC. The incident occurred to a barge at approximately 60 nm from Baung Bangka Strait, Indonesia.

The incident occurred to a barge while on tow by a tug boat at approximately 60 nm from Baung Bangka Strait, Indonesia on 9 Dec. Two unattended wooden boats were spotted alongside the port and starboard side of the unmanned barge.

The master of the tug boat turned on the search light towards the barge to alert the perpetrators but to no avail. Seven crates of cargoes on board the barge containing machinery parts were found opened, and items inside were missing. The crew was safe and accounted for.