More than 20 tankers stranded off Texas ports after Harvey 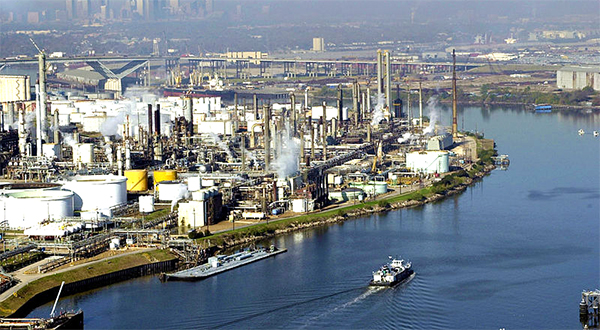 In its latest Harvey update, the US Department of Energy informed that over 20 oil tankers are stranded off Texas oil ports, unable to discharge their cargoes, as the ports are closed to vessel traffic.

The ships are estimated to carry over 15 million barrels of crude oil.

The Port of Corpus Christi remains closed, however, the US Coast Guard has issued a Zulu status, allowing vessels with up to 20 feet draft to operate.

USCG also opened the ports of Houston, Texas City, Galveston, and Freeport with the following restrictions:

“The partial re-opening of the port allows critical maritime commerce to resume”, USCG noted and added: “Current assessments indicate severe currents and hazards on the upper Houston ship channel from Morgan’s Point inbound to the turning basin; that portion of the channel remains closed for vessel movements until conditions improve and more information is obtained.”

In its update for 31st of August, the Department of Energy informs that now Tropical Depression Harvey continues to produce heavy rain across western Louisiana, which has led to significant flooding. Harvey is beginning to move out of the region and is forecast to weaken; however, it will continue to produce weather impacts through Friday.