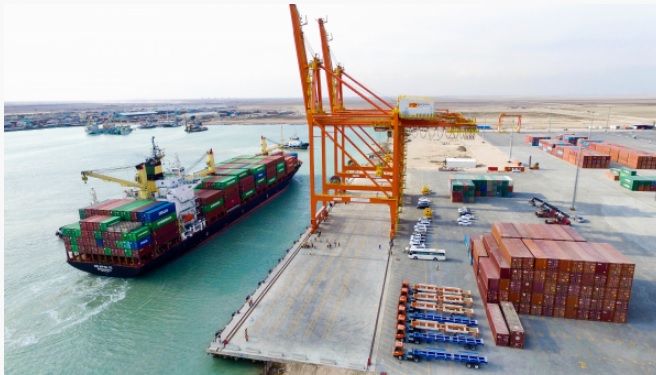 Iraq continues the development of the Grand Faw region near Basra into a new deep-water port, while also signed a contract with South Korea’s Daewoo Engineering & Construction Company.

Specifically, the contract signed with DSME is of $2.625 billion worth, and will be used for the construction of the new port, container terminal, and access channel.

According to Reuters, the South Korean construction company will undertake the first phase of the project that will include five berths and a container yard.  The project is expected to take four years and when completed should have a capacity of three million containers annually.

DSME will conduct the work to create a new, deeper channel for the port, according to comments by Iraqi officials reported by Reuters. The plan called for a deep-water channel to permit the largest containerships to use the port.

The plan was initially proposed a decade ago calling for the construction of a second port to expand capacity and relieve some of the pressures on the strategically located Umm Qsar port in southern Iraq. The Iraqi government had said it would fund the project, which was expected to cost more than $3 billion, from oil revenues.

Internal problems in Iraq and the decline in oil prices stalled the plans for the port. Work had begun on the first of the breakwaters for the port, which was projected to have a capacity to handle 99 million tons of cargo annually, but the work did not proceed.