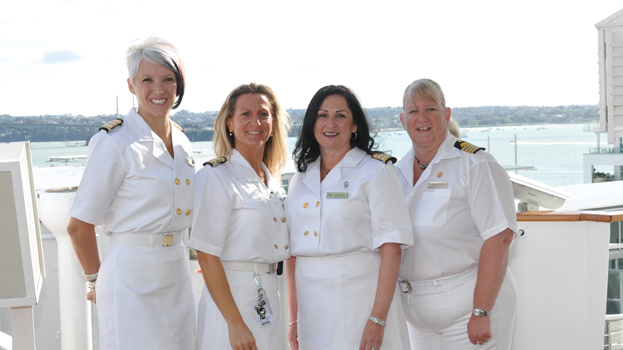 IMO Secretary General pushed for the increased involvement of women in the seafaring industry saying during his speech for the Day of the Seafarers at the SM Convention Center in Pasay City, that women are ''the key to the growth of the industry''.

“The importance of women as a huge source of safer sea voyage human resources cannot be overstressed. The shipping world cannot afford to ignore such rich and still largely untapped source of quality recruit,” Lim told, the Standard reports

Mr Tack Lim called women power as “untapped sector'' and said that the seafaring industry should work towards attracting more women since they have proven to be as equally competent as their male counterparts.
Lim said the greater participation of women in the seafaring industry is of vital importance given the fact that the demand for seafarers is expected to further increase in the coming years.

“Looking ahead, the demand for global fleet for seafarers is increasing and predicted to rise even further attracting seafarers particularly officers,” he said.