Singapore’s Information Fusion Centre (IFC) issued a summary concerning the sea thefts and attempted actions in the East Bound Lane of Singapore Strait in the timeframe between July to October 2020.

The shipping industry is still being challenged with the increase of piracy incidents and attacks throughout the globe. However, the Singapore strait remains a hot spot for this kind of incidents. For instance, ReCAAP ISC recently informed that in a week three incidents were reported in the area.

The key facts that the IFC reports, are: 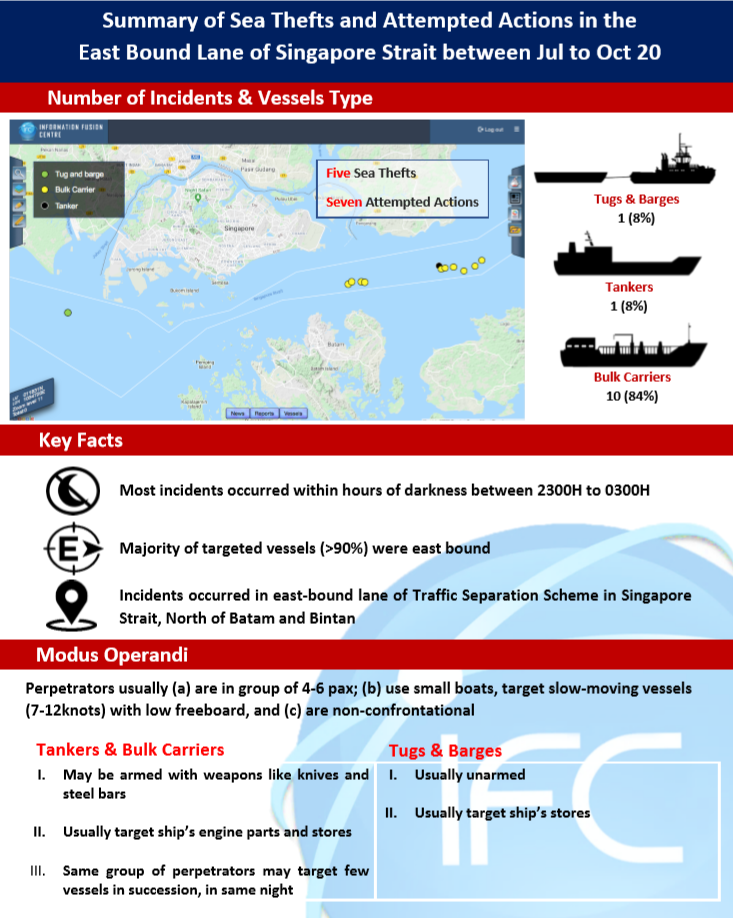 Accordingly, it is highlighted that in the most cases, the perpetrators are usually in a group of 4 to 6, using small boats. In addition, the attackers aim for slow-moving vessels with low freeboard and are non-confrontational.

In efforts to be protected, the Centre notes that concerning attacks against tankers and bulk carriers:

In the meantime, concerning tugs and barges, the Centre states that the perpetrators are usually unarmed and go for the ship’s stores.